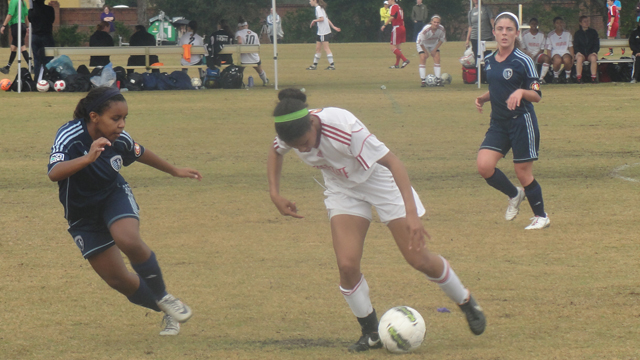 The 2012-2013 ECNL regular season came to a close on Sunday with only a handful of games on the schedule between all the age groups. However, those limited games did shakeup the postseason standings as all attention now turns to Aurora, Colorado for the playoffs in two weeks time. 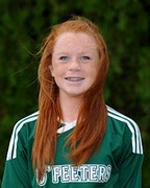 In the most meaningful game of the weekend from the youngest age group, sister clubs FC Wisconsin Eclipse and Eclipse Select Soccer Club played to a 0-0 draw on Saturday. FC Wisconsin needed a win to leap past Eclipse Select in the standings and take the final playoff spot from the Midwest Conference. The Illinois squad finished the season with an 11-4-3 record, which was good enough for second in the Midwest Conference and a spot at the playoffs. FC Wisconsin ends the year with a 10-4-4 record in conference play.

FC Dallas had already locked up its spot in the postseason last week, but FCD finished the season on a high note anyway. FC Dallas topped Lonestar SC 4-1 on Saturday in the last regular season game for both teams. Goals from Brianna Ellerbe, Addison McCain, Emily Sample, and Mac Schoonover propelled FC Dallas to the win. Sky Reynolds, Morcquess Oliphant, Celia Hilsabeck, and Sophia Fondren had assists. FC Dallas finished the season with a 13-4-4 record in the Texas Conference, which only trailed Solar-Chelsea Soccer Club (16-0-5) in the standings.

After a four-point weekend, Sporting Blue Valley moved into the postseason. Sporting beat Minnesota Thurnder Academy 1-0 on Saturday. And then played to a 1-1 draw with Eclipse Select Soccer Club, which moved the Kansas club into the 29th spot in the age group and dropped West Coast FC out of the picture.

Colorado Storm ended the regular season with a 3-2 win over in-state rivals Colorado Rush. Kristin Barbour, Sydney Cooper, and Samantha Howshar scored for Strom in the win. Alex Jackson, Rachel Muller, and Mallory Plachy had the assists. Breeana Bezdek and Ariel Modisette scored for Colorado Rush. Both Storm and Rush will be in the post-season, as Storm locked down the second spot in the conference while Rush qualified via a wild card spot.

SLSG finished the season with a convincing 3-0 victory over local rival SLSG-Metro. Lindsey Anstine, Emma Farley, and Abigail O’Keefe all scored for SLSG. Pamela Silies and Anstine contributed the assists in the win.

Albertson Fury ended the season with two wins in the final week, but it was too little too late for the New York club. Fury came up just short, as the team sat in the 10th wild card spot at the end of the season (only eight wild card teams make the playoffs). The twilight of the season was highlighted by strong defensive performances with four shutouts from the final five games. Last week Fury edged East Meadow 1-0 on Tuesday and then topped SoccerPlus Elite Connecticut 2-0 on Saturday.

Lauryne Bruffett scored twice and D’Feeters Soccer Club ended its regular season with a 2-1 win over Solar-Chelsea Soccer Club on Wednesday. Camille Studebaker had an assist for D’Feeters in the win. Bailey Clayton scored the lone goal for Solar in the loss. D’Feeters ended the season with a 6-6-6 record in conference play, which was not enough to make the Champions League playoffs.

Minnesota Thunder moved from 12th to fourth in the Champions League standings over the weekend with a 1-0 win over Sporting Blue Valley. The win also clinched the conference title for the Thunder, which ended the year with a 13-2-1 record.

Albertson Fury came up just short in the U17 age group as well. The New York club, which was one of the few clubs to feature in the final weekend of the ECNL season, climbed close to a Champions League playoff spot with wins over SoccerPlus Elite Connecticut and Connecticut FC, but ultimately did not have enough to surpass So Cal Blues for the final spot.

Sporting Blue Valley kept its spot as the third seed in the postseason with wins over Minnesota Thunder and Eclipse Select Soccer Club over the weekend. Elizabeth Luallin, Hannah Lukinac, and Abigail Sieperda scored in the 3-0 win over Thunder on Saturday. Olivia Hodison had an assist in the victory.

Carmel United did not play over the weekend, but the Indiana club benefitted the most from the action in the ECNL from the second weekend of June. Carmel United took over the final spot in the Champions League playoffs after Sporting Blue Valley lost 2-0 to Eclipse on Sunday.