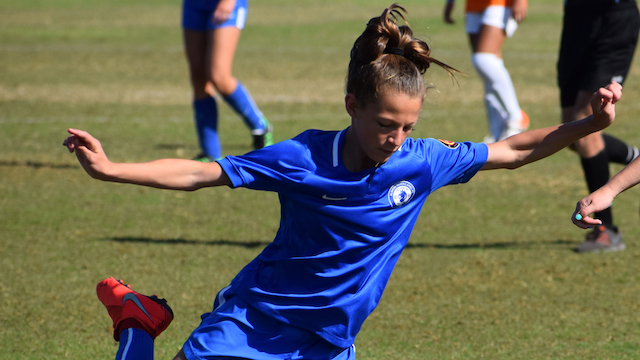 The Girls Elite Clubs National League (ECNL) 2019/2020 season kicked off last month. Another season for the ECNL, and another club returning to the league. Crossfire Premier left the Girls Development Academy and returned to the ECNL for this upcoming season. It’s a big win for ECNL, which also celebrated the return of LAFC Slammers, Michigan Hawk, and PDA among others.

The league heads into the 2019/2020 season with everyone’s sights set on two clubs. Players Development Academy won the U13, U14, and U17 ECNL National Championship. PDA came close to winning the U15 title as well, but lost to Gwinnett Soccer Academy (GSA) in the championship game.

So Cal Blues SC  put a minor dent into the PDA sweep as the Blues won the U16 and U18/19 National Championships. Blues return some key pieces from the U19 squad to make another run at that title this season.

Can a new champion emerge in 2020? TopDrawerSoccer provides a rundown of the favorites from the U15-U19 age groups of ECNL for the 2019/2020 season.

Throughout the season, TopDrawerSoccer will be releasing monthly standout pieces for the ECNL. Please send player recommendations and accomplishments to rankings@topdrawersoccer.com.