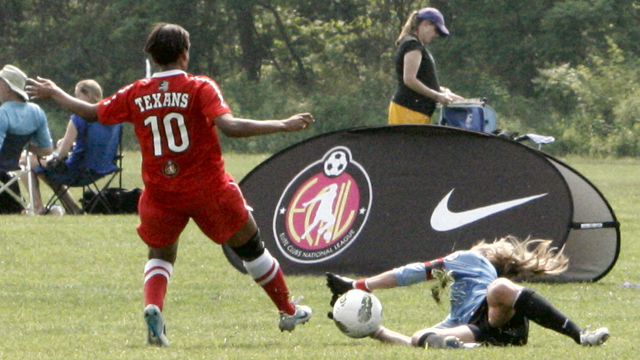 Only a few weekends of action remain in the ECNL as sights turn towards the National Finals.
And while a number of clubs have already secured safety in terms of the national standings, there’s still much at stake for club across the country.

Here’s a look at some of the action from the weekend:

Crossfire Premier welcomed De Anza Force to the Pacific Northwest and weren’t kind to the visitors, winning 6-0. Karlene White and Isabelle Marquez had two goals and an assist each in the win. 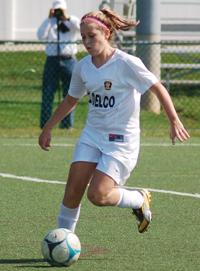 The Force lost its other game of the weekend to Washington Premier, 1-0, with McKenna Ferrera scoring the game winner for Washington.

Freestate Soccer Alliance picked up a pair of wins, defeating Bethesda SC 2-0 and FC Bucks 2-1. Paige DeLoach came up big in both games for Freestate, scoring once against Bethesda and bagging both goals in the win over Bucks.

Sydney Magnin scored the game winner for the So Cal Blues in a 1-0 defeat over the San Diego Surf.

A brace by Brooke Hartsock paced the Dallas Texans to a 3-0 defeat of Solar Chelsea SC. Emily Bates added the third Texans goal on the day.

Tayler Jamison and Alexandra McKinley each scored as FC Delco won its sole game of the weekend, 2-1 over Albertson Fury.

Eclipse Select won its pair of games by identical 2-0 score lines. After blanking Carmel United, Eclipse also got the better of Minnesota Thunder, with Carrie Madden scoring a goal and adding an assist in the second game.

San Diego Surf and the So Cal Blues battled to a tight 0-0 draw.

Bethesda SC continued to play well at the right time of the year, picking up a pair of 2-1 wins over the weekend. First, Tyler Lussi and Aaran Parry each tallied to defeat Freestate, and then Izzy Latour and Catherine Cranville found the back of the net in a win against McLean.

The Dallas Texans held off in state rivals Solar Chelsea with relative ease, cruising to a 4-0 win. Marchelle Davis scored twice, and Jasmine Hart added two assists in the triumph.

Freestate Soccer Alliance picked up a win and a loss from their work on the weekend. After coming up short in the game against Bethesda, Freestate rebounded with a close 3-2 win against FC Bucks. Nicole Hudson, Lindsey Lane and Shonte Moten each scored in the victory.

There were a few lopsided results over the weekend, including Colorado Rush’s 5-0 defeat of San Juan SC. Anyssa Juarez scored a brace, while Madison Kiebel, Lindsey Horan and Kourtney Camy all scored as well.

In what was strong weekend club-wide for Freestate Soccer Alliance, the club picked up another two wins over Bethesda SC and FC Bucks. Gabby Moreno was one of the stars of the weekend, as she scored four goals in two games to help her team grab six points.

Utah Avalanche won both of their games, defeating the Colorado Storm 3-2 and 6-0.

D Jocelyn Orejel, So Cal Blues U15: The defender helped her club keep a clean sheet and set up the game winner to close out the regular season on a high note.

F Paige DeLoach, Freestate Soccer Alliance U15: It was a big weekend for DeLoach in two wins. First, she scored in a 2-0 win against Bethesda SC, before following that up with two goals in a 2-1 win against FC Bucks.

D Genevieve McGowan, Eclipse Select U16: Put in a very good performance at center back as her club picked up two 2-0 wins over the weekend.

F Marchelle Davis, Dallas Texans U17: Davis bagged two goals in a lopsided 4-0 win for her Texans side.

D Meagan Harbison, San Diego Surf U17: Helped keep a clean sheet in the Surf’s 3-0 win against So Cal Blues.

MF Gabby Moreno, Freestate Soccer Alliance U18: The industrious midfielder provided most of the offense for her club over the weekend, scoring four goals in two wins.