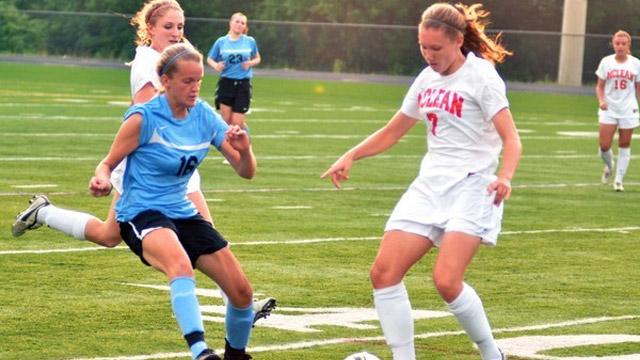 Today marks the first installment of our Players To Watch Club Team of the Month for the Mid-Atlantic Region (Maryland, Virginia, DC, Delaware and West Virginia).

Jake Rozhansky, Midfielder, Montgomery County, Maryland, Olney Rangers U15: Jake is a clutch scorer who struck for the winning goal in Olney’s title game win for the U14 Boys Maryland State Cup.

Jeremy Ebobisse, Forward, Montgomery County, Maryland, Olney Rangers U15: Jeremy was the leading scorer this season in the U.S. Youth Soccer National League. He also scored a winning goal for his team in the semifinal of the Potomac Memorial Day Tournament.

Sam Summerlin, Central Midfielder, Bethesda, Maryland, Pachuca Green Dragons U16: Sam was a versatile attacking player who had a hand in a lot of the team’s goals this year via his excellent passing ability.

Gedion Zelalem, Forward, Montgomery County, Maryland, Olney Rangers U15: His goal got Rangers off to the right start in the Marylnd State Cup Final. The U14 BNT player is a nice blend  of speed, quickness and creativity on the ball.

Cole Stinger, Goalkeeper, McLean, Virginia, McLean Premier Soccer U14: His consistency in goal has helped the team build a successful league record as well as winning the VYSA State Cup.

Mid-Atlantic Girls Team of the Month for June

Whitney Church, Midfielder, Ashburn, Virginia, Loudoun SC U17: Church has been wowing Northern Virginia soccer and beyond for years now with her ability to put a ball wherever she pleases, whether shooting or passing. She was a key figure in her Broad Run High School’s FOUR-peat as champions of the Virginia High School AA State Tournament.

Caroline Gray, Defender, McLean, Virginia, McLean Premier Soccer U17: Gray, a verbal commitment to South Carolina, was an important part of a McLean High School Team that won the Virginia AAA State Tournament, including an influential stint at forward in the title game. 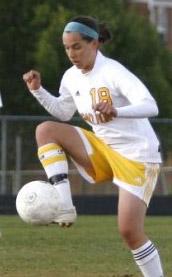 Whitney Church
Nicole Hudson, Midfielder, Baltimore Maryland, Baltimore Bays U16: Hudson is a versatile and unselfish attacking player who stood out during her team’s State Cup run with a number of effective passes leading to goals and opportunities.

Riley Barger, Midfielder, Maryland, Baltimore Bays U17: Barger is a workhorse who makes a habit of beating multiple players in the middle and feeding her team’s forwards with killer passes.