Five standouts from the U.S. U14 scrimmages 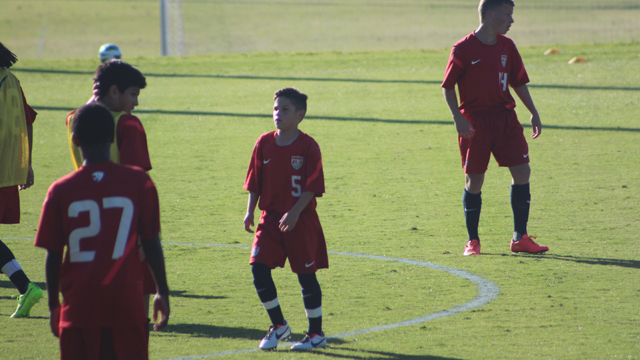 CARSON, California – With the completion of the first camp, the U.S. U14 Boys National Team coaching staff begins the laborious process of whittling the player pool. The first camp, which wrapped up play on Saturday, included 48 players. The next camps will not have as many players as the process moves on from getting a first look to developing cohesion between the group.

From the scrimmages at the end of the first camp, there were a handful of noteworthy performances.