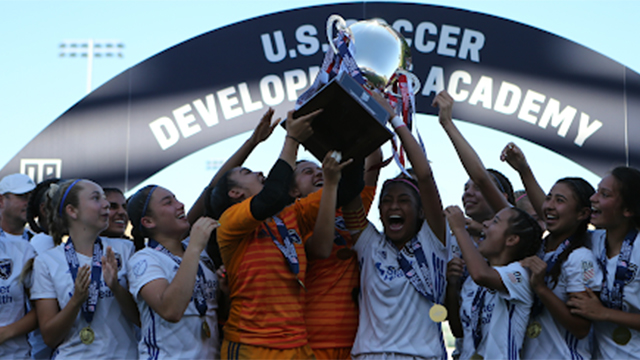 In the wake of the closure of the Development Academy, both the LA Galaxy and San Jose Earthquakes have decided to fold their respective girls academies, multiple sources told TopDrawerSoccer.

The Galaxy Academy informed families of the news last week, while the Earthquakes sent a letter to families this week.

Both clubs had plenty of quality teams within their organization. Prior to the DA shutdown, San Jose's Under-16 team had a record of 10-3 in Northwest Division play. Featuring players committed to schools like UCLA, Stanford, Duke and California, the academy was overseen by Andres Deza. Prior to joining the Earthquakes, Deza coached at De Anza Force, sending a slew of player to prominent West Coast programs. He worked with U.S. Women's National Team midfielder/defender Tierna Davidson before she played college soccer.

Last year, the Under-15 team won the Girls DA championship, beating Colorado Rush by a 3-0 score.

Also in first place in the Northwest Division, the LA Galaxy Under-16 team posted a record of 12-1-3 prior to the DA shuttering. Former goalkeeper Kevin Hartman served as the Academy Director. The club sent players to schools such as Denver, USC, Mississippi State, UC Irvine, South Florida and Loyola Marymount, to name a few.