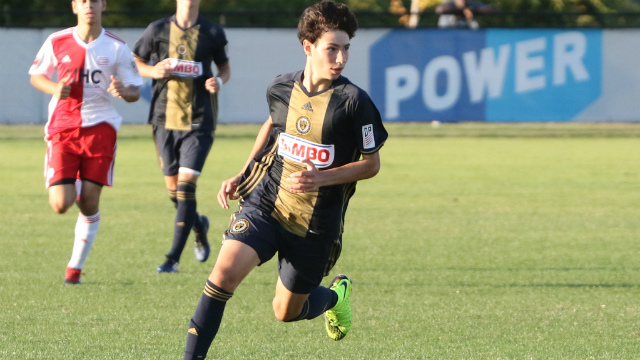 For the second year in a row, the Philadelphia Union hosted the first leg of regional qualifying for the Generation adidas Cup at their Power Training Complex outside Talen Energy Stadium, providing the seven teams an opportunity to be in a professional environment for the weekend. A total of nine games were played over three days in the U17 age group (a U15 age group was new this year) with New York City FC, New York Red Bulls and New England Revolution each taking one of the days off due to an uneven number of teams.

Unlike last year when competition debutants Atlanta United stole the show, it was the host Philadelphia Union that finished at the top of the table after the weekend with a pair of shutout wins over Atlanta United and New England Revolution and a draw with Orlando City and an additional point earned by winning a penalty shootout.

After a 4-0 loss on Friday, Atlanta United rebounded with a 5-2 win over D.C. United and finished Monday with a 2-1 win over a tough New York City FC team.

While the Union had the most complete performance as a team, there were a number of individuals who stood out over a weekend that had plenty of free-flowing, attractive soccer.