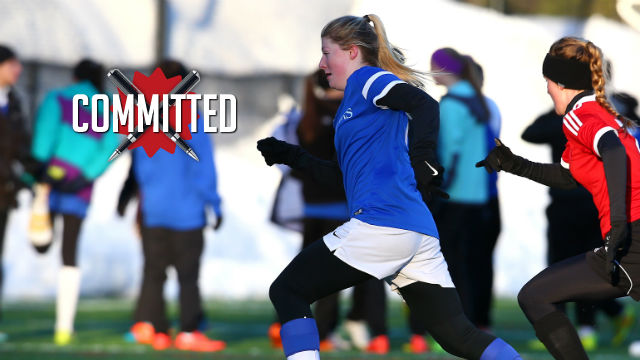 An athletic and speedy defender, Shealyn Sullivan’s college search has her bound for the Big 12.

Staying in the region was key for the Illinois native. 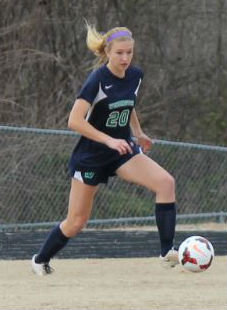 “I decided that I wanted to stay in the Midwest and when I arrived on the Iowa State campus everything just felt right,” Sullivan told TopDrawerSoccer.com. “Coach [Tony] Minatta, his staff and the players really made me feel at home.”

After debating on following her older sister to Ole Miss, among a number of options, the Iowa State coaches helped the program standout from the rest of the pack.

“I really like the coaching staff and the fact that they are a possession style team that likes to get their wing defenders forward,” Sullivan said. “They also just built a new soccer facility and it seems they are doing everything right to start making some serious noise in the Big 12.”

A beautiful campus with a home-like feel, along with the academic options of Sullivan’s interest, helped seal the deal for the Big 12 program.

Sullivan is the first verbal commitment to join Iowa State in 2017.

Cyan Mercer’s decision to join ACC side Clemson, in her own words, was an “easy” one.

“It was like I was already part of the school and soccer program the day I spent with them,” she told TopDrawerSoccer.com. “Coach Eddie’s entire staff, including the strength and conditioning staff, all the players I met, the academic advisor, and all the way up to the university president made me instantly feel at home.”

Mercer also cited the school’s beautiful campus, academic programs and the passionate alumni support as reasons for her commitment.

A defender who always looks to play the ball out of the back, Mercer also surveyed schools in the SEC and around the ACC. Clemson’s on field approach was another factor.

“I’m really excited about their style of play, which I’ve just recently been learning and enjoying with my club, so I can’t wait to use it under coach Eddie’s program,” she explained. “Even though I have so much more to learn, the coaching staff seems really excited to get me on board, into their training system and helping me make an immediate impact.”

A player who thrives in a tiki-taka style of play, Gabrielle Brummett is always passing and moving around in the final third, aiming to unlock opposing defenses.

There were many reasons that she recently verbally committed to join Duke in 2017.

“One reason was the difference in location and weather compared to the Northeast,” Brummett told TopDrawerSoccer.com. “When I visited there, I knew it was right for me. Second, the high level of academics matched what I was looking for in a school. Third, the history and success of the soccer program along with it's strong upcoming recruiting classes are promising to keep Duke's soccer program at a nationally-ranked level, which is what any player wants.”

Playing in the ACC took on a central role of her search, eventually leading her to Durham.

“Specifically about Duke's soccer program, aside from its previous success, I liked the family atmosphere on the team,” Brummett said. “They presented the idea of aiming to win a national championship the right way. They had strong team values and relationships while also being competitive, talented, and hard working. Coach Robbie Church was very supportive of working to achieve team goals, as well as helping players achieve their individual goals. He has developed a program that will continue my development as a player.”

Away from soccer, Brummett saw a school that offered endless opportunities.

“The academic program allows for interdisciplinary exploration and student collaboration with faculty,” she said. “I enjoyed the campus dynamic and location as well. The campus is beautiful and seemed like somewhere I could make home.”

The FC Stars of Massachusetts forward is the second player to verbally commit to Duke in 2017.