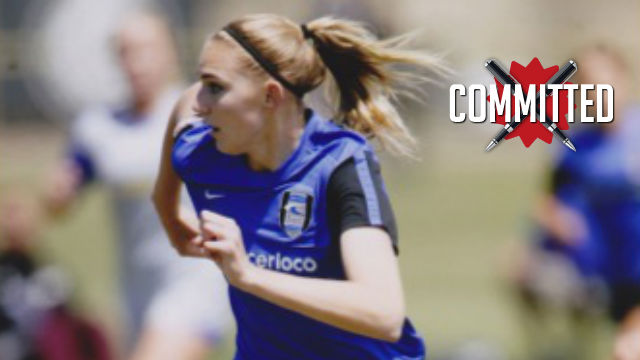 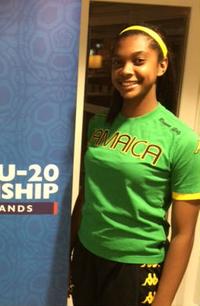 A tall center midfielder who likes to attack, defend and cover large swathes of ground on the soccer field, Taylor Kornieck found the right fit at a Pac-12 program looking to make noise.

“I chose the University of Colorado at Boulder for many reasons,” Kornieck told TopDrawerSoccer.com. “Playing in the Pac-12 has always been a dream of mine. I love the style of play and the coaching staff as I am impressed with what they have accomplished in their short time there.”

Kornieck specifically enjoyed the tools Colorado provides for their athletes.

“Their soccer program has a ton of support from academic advisors who travel with the team so that the players can do well in their field of study and they also have an outstanding strength training staff that’s primary focus is help the players reach their highest potential and most importantly keep them on the field and injury free,” she said.

The Las Vegas-area native also took a liking to the backdrop of Boulder, Colorado.

“The campus is so beautiful and has so much to offer including the major that I want to study,” she said. “I also fell in love with the weather, lots of sunshine and you could have 5 inches of snow one day and its completely gone the very next day.”

The midfielder is the third verbal commitment to Colorado’s 2016 recruiting class.

An experienced defender and a top defender out of Florida, MacKenzie Marsh will bring a unique playing background to the Ivy League, having represented Jamaica at the U20 international level.

Always looking to learn more and improve on the field, her lengthy recruiting process eventually opened up an opportunity for her at Yale.

“The two things I learned about the recruiting process are, first, one should choose a school where one feels wanted and, second, one should find a school where he or she feels the most comfortable,” Marsh told TopDrawerSoccer.com. “After all, the school is home for the next four years. I chose Yale because I could see myself enjoying school there and having fun playing soccer for the coaches and with the players. Both the coaches and players greeted me warmly and instantly made me feel wanted and at home. I liked that the players and coaches answered my questions honestly.”

Along with hitting it off with the coaching staff, Marsh enjoyed the way the team plays the game.

“Defenders are very involved in the game,” she said. “Also, everyone seems very happy in the program and the coaching staff seems attentive to the players needs and progress on and off the field.”

Last but certainly not least, the opportunities in the classroom were something she couldn’t bypass.

“Yale has an outstanding academic reputation,” she said. “I guess that goes without saying. The campus is also beautiful. All in all, I saw Yale as the perfect fit for me.”

Marsh is one of five players committed to Yale for the class of 2015.

Defender Katrina Friedman (Alberston SC) committed to Quinnipiac for the class of 2015.

Defender Sidney Tison (McLean Youth Soccer) committed to VCU for the class of 2015.

Defender Brianne Parsons (Santa Rosa United) committed to Oregon for the class of 2015.

Defender Lauren Case (Pride SC) committed to Saint Anselm for the class of 2015.