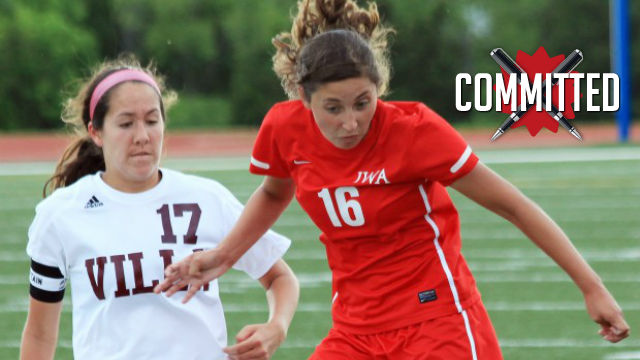 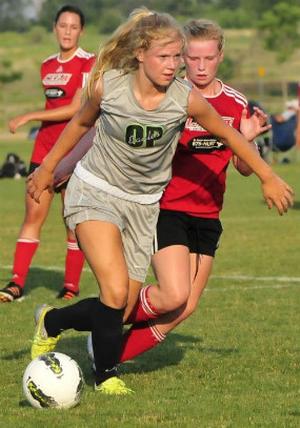 After going on a wide range of visits and really doing her research, it came down to schools within two difference conferences for Katerina Weikert: Ivy League or the ACC.

Eventually, the upstate New York program began to come more and more into focus as her top choice.

“As I made my final round of visits, I found myself comparing every other school to Cornell,” Weikert told TopDrawerSoccer.com. “The academics are amazing and I feel like there is huge upside potential for the soccer program.”

As she discussed in her Recruiting Insider feature, Weikert had a specific criteria for what she wanted in the right soccer program, and thinks that the future is bright for Cornell on the field – and she can have a big role in making that happen.

“I was really impressed that Cornell hired coach Patrick Farmer to lead the program,” she said. “He has a great reputation and proven success in building winning programs at every level. Coach Farmer and coach Megan Ramey are extremely hard workers and I like their vision for the program.

“I want to be an impact player and I believe that I can really contribute to Cornell’s future success. The girls on the team were really welcoming and everyone is very enthusiastic about the future of the soccer program.”

Academics played their part too, as Weikert liked the flexibility and options that she found while studying that part of the school.

“I am still deciding on my major and Cornell is among the top ranked schools in every major that I am considering,” she explained. “The campus has great facilities and the surrounding area is beautiful with waterfalls, gorges, and lakes. I am extremely excited to have an opportunity to be a student-athlete at Cornell.”

A possession-oriented midfielder, Marisa Kutchma saw the recruiting process kick into high gear over the past four months.

Fortunately, the St. Louis-area native had done her homework, and after narrowing down her choices to Arkansas, Saint Louis and Mississippi – the latter ultimately won her over.

“I believe the school encompasses all the aspects of what I was looking for in my choice,” she told TopDrawerSoccer.com. “They have a great community. The people are very supportive of the school and it athletics.”

With aspirations of becoming a doctor, Kuthma is planning on entering both the honors program and pre-med track when she makes it to Ole Miss. But she also aims to help the soccer team building towards success.

“The soccer program with Coach [Matthew] Mott is developing into a very competitive team,” she said. “I believe I can help continue this process.”

She was able to learn a lot throughout the search for the ideal program.

“The recruiting process is different for everybody,” she said. “You can’t worry about your teammates and friends because they have their own process. Whether you’re earlier or later in the process, you just have to go with the flow and focus on your own journey. It’s important not to wait to make calls and send emails to the coaches that you wish to talk to. Getting a head start will really pay off in the end.”

A player who has been known to pop up at just about any position on the field – outside of goalkeeper of course – Jordyn McNutt jumped at the chance to play at a Division II power.

“I had opportunities to play at the Division I level but chose UC San Diego because of its huge soccer successes and world renowned academics,” she told TopDrawerSoccer.com.

Staying close to home and playing in California was always a priority, and it helped shape her search for the right program.

“I visited colleges up and down the state but when I stepped on the UCSD campus it just felt right,” she said. “The decision was made even easier after an unofficial visit with head coach Brian McManus – winningest coach in Division II women's soccer history and the 4th winningest collegiate women's soccer coach of all time – and assistant coach Kristin Jones, a former UCSD player and CCAA Player of the Year.

“Both coaches and the team gave me such a warm welcome and made me feel that I would be able to add an important element to the squad and I feel like my skills fit their style of play. Their confidence and belief in me makes me want to perform to the best of my ability and I can't wait to put on the Triton uniform and leave them without a doubt that they made the right decision in recruiting me.”

The team’s success on the field was also a major draw, combining well with the school’s location in Southern California and academic opportunities McNutt knows will be there .

Defender Heather Ferrari (Tophat SC) committed to Belmont for the class of 2014.

Midfielder Gabrielle Martone (Matchfit Academy) committed to Lafayette for the class of 2015.

Midfielder Meaghan Mulligan (PDA) committed to Tennessee for the class of 2014.

Forward Emily Scott (FCX) committed to Ball State for the class of 2015.

Midfielder Lindsay Walder (FC Delco) committed to Saint Jospeh's(w) for the class of 2015.

Forward Maya Neal (Eclipse SC) committed to Tennessee for the class of 2015.