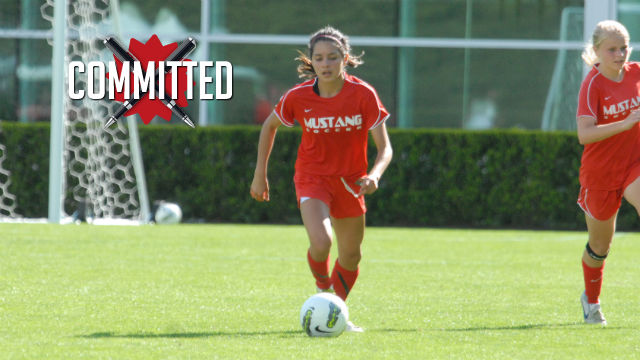 The search for the right college fit is never easy, and for those eager to find the absolute best fit, it requires stopping to visit several schools. 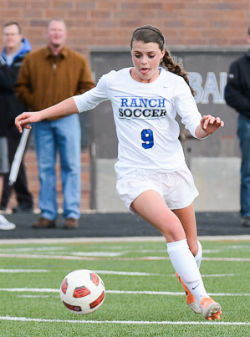 Haley Foster, a tough and unselfish defender from Colorado, looked to Texas to find her college home, which will be in the Big 12 in 2015.

“After visiting many schools, I decided to commit to Baylor because it was the best fit for me both academically and athletically,” she told TopDrawerSoccer.com. “I love the coaching staff. Coaches Paul and Marci Jobson and coach Chuck Codd made me feel at home and part of the Baylor family. The players themselves seemed like a very tight knit group that were very welcoming and made me feel extremely comfortable.”

While the coaching staff and soccer program were big draws, the allure of Baylor’s campus and the school’s academic opportunities was also too good to turn down.

“Baylor has a beautiful campus and academically it is known for its educational excellence,” Foster said. “With its diverse curriculum I know it will provide me with the option of pursuing a degree in either the medical field or engineering. It is a perfect size school in a small town with a great climate.”

Foster is the seventh verbal commitment to Baylor for 2015.

For players competing on the high-level youth soccer circuit, crossing the country for the right school is never a big surprise.

It’s the path that Miranda Jimenez has pledged to take, as the Top 150 recruit from the class of 2017 will bid farewell to California for Kentucky and the SEC after making her commitment.

“I chose to commit to Kentucky because it gave me that hometown feeling being so far from my home,” Jimenez told TopDrawerSoccer.com. “It was a place I could see myself playing soccer and it was such an amazing and beautiful school.”

The main draw to the soccer program was a simple one.

“I really like the coaching staff,” she explained. “Coach Jon [Lipsitz] and coach Michelle [Rayner] and all the staff made me feel welcomed and wanted. The system they play is the system that is played at Mustang.”

Along with an “amazing” atmosphere on campus, Jimenez also plans on majoring in Kinesiology, which is offered at Kentucky. She’s the second verbal commitment to the program’s 2017 recruiting class.

Midfielder Sheridan Bufe (FC United – IL) committed to Toldeo(w) for the class of 2016.

Forward Ashleigh Fonsen (Washington Premier) committed to Oregon State for the class of 2016.

Forward Madison Crowe (McLean Youth Soccer) committed to Villanova for the class of 2015.

Midfielder Nicole Whitley (PDA) committed to Rutgers for the class of 2016.

Defender Emily Dryzgula (Connecticut FC) committed to Quinnipiac for the class of 2015.