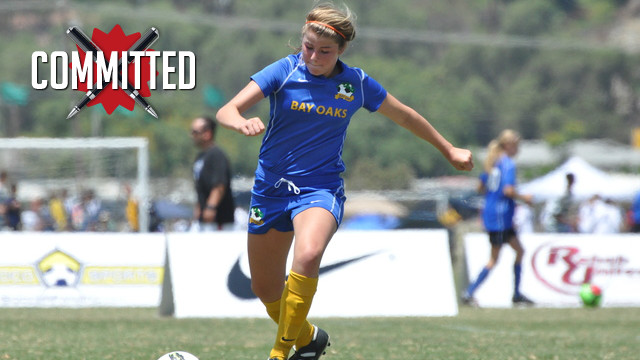 While the pull of playing in the Pac-12 is strong to lure most recruits, it was the coaches at Colorado that helped Erin Greening make her choice. 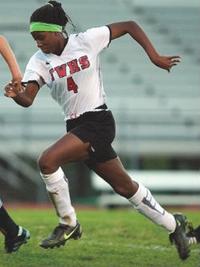 “I decided on Colorado because of the strength of their coaching staff and for the school,” she told TopDrawerSoccer.com. “The head coach Danny Sanchez has an excellent track record in building strong programs and has brought a lot of energy to Colorado. The assistant coach Don Trentham was great during the recruiting process and made me feel very comfortable. During my visit, the other coaches and the players I met also made me feel very welcome.”

An attacking midfielder who likes to seize the reins of a game, Greening also prides herself from doing some of the defensive dirty work in the center of the park. She thinks that big things lie ahead for the program too.

“Danny Sanchez has a clear vision of where Colorado will be in the upcoming years in the Pac-12,” she said. “Coach Danny and the other coaches are very approachable and I believe they will help me become a better player. The program is definitely evolving and I am excited to have the opportunity to play for Colorado.”

With a scenic backdrop in Boulder, there was also the draw of what the Buffalos offered off the field.

“The University of Colorado offers what I want to study and has an incredible campus in one of the most beautiful college towns in the country,” she said. “The renovated athletic facilities, which will be completed by 2015, are going to be even more incredible than the great facilities they have right now. I also really felt comfortable with the academic director for the women's soccer team and the overall level of academic support. Everyone I met from the athletic director to the strength and conditioning coach were very impressive, professional and welcoming.”

Plenty of things drew Nya Cason to Ohio State – including the fact that her older brother recently graduated from the school, giving her a strong sense of familiarity with it.

That doesn’t mean it wasn’t easy, of course, but she ultimately felt it was the right decision for her to make.

“The reason I chose the Ohio State women's soccer program was because that's an environment I could see myself growing and learning in,” she told TopDrawerSoccer.com. “And with the upcoming team and incoming future teammates we have a very good chance at winning [a] ring.”

Cason said that she was looking for a big school – and Ohio State no doubt fits the bill.

Knee injuries have plagued the last two seasons for Meghan Mulligan, but that doesn’t overshadow both her talent and her potential.

There were plenty of reasons she committed to Tennessee, perhaps none stronger than head coach Brian Pensky’s continued confidence in her abilities despite the injuries.

“[I committed because of their] advanced technology and first class state-of-the-art facilities for the soccer team, possession style of soccer and the coaches have created a competitive and family-like atmosphere,” Mulligan told TopDrawerSoccer.com.

Defender Grace Rogers (St. Croix SC) committed to Valparaiso for the class of 2014.

Forward Natalie Melillo (TSF Academy) committed to Troy University(w) for the class of 2014.

Forward Lindsey Dovali (Cal Odyssey) committed to UNLV for the class of 2014.

Goalkeeper Alex LaGrand (CASL) committed to Western Carolina for the class of 2014.