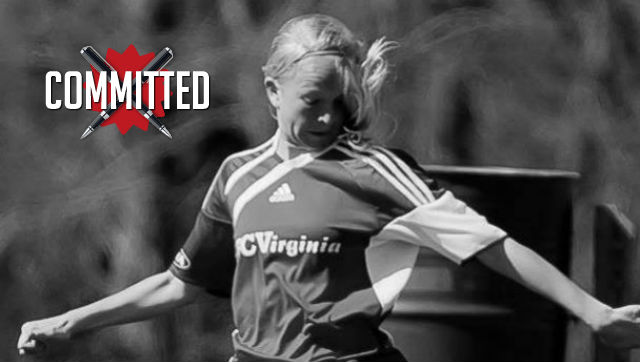 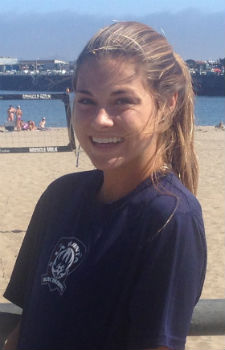 A technical midfield who works to get better and better each day, Emma Kershner didn’t need long to realize that Indiana was the right fit for her.

“I knew almost immediately after stepping onto campus that Indiana was where I wanted to go to college,” she told TopDrawerSoccer.com. “It has everything I am looking for in a school and I have always wanted to compete at the highest level and against great players. I think playing in the Big Ten provides me those opportunities.”

The Northern Virginia native felt at ease with the coaching staff, another big plus, as she thinks the program is only going to continue to get better after a strong 2013 campaign.

“Coach [Amy] Berbary, [Sergio] Gonzalez, and [Benji] Walton are great and made me so comfortable the first time I spoke with them,” Kershner said. “They were open and honest with me and really seem to care about their players on and off the field. I love the feel of the environment they are building at Indiana. Talking with the coaching staff, it is clear they have a vision to build a great program. They play a possession style game, which plays to my strengths.”

Kershner hopes to be a college soccer coach one day, and hopes to learn from the staff at IU. The D.C.-area native also took a liking to the school’s surroundings.

“The Indiana campus is beautiful, and Bloomington is a great college town,” she said. “I’m a huge sports fan, so it will be a great atmosphere. Most important, I loved the feel of campus, it felt like home.”

After a banner year in the Pac-12, Washington State certainly isn’t escaping the notice of future recruits.

Arsenal FC forward Kailee Prescott recently verbally committed, noting that the school felt like home, and had the communications program that she was searching for, not to mention the allure of the Pacific Northwest.

"Coach Steve Nugent and his staff were so welcoming, as well as the other players, and Washington's facilities and support system is just outstanding,” Prescott told TopDrawerSoccer.com.

Defender Kelly Eisenhauer (Ohio Premier) committed to Loyola (MD) for the class of 2015.

Forward Asia Brisco (Crossfire Premier) committed to Washington for the class of 2016.

Midfielder Madison Hairston (Washington Premier FC) committed to Maryland for the class of 2016.

Defender Emily Macuga (Concorde Fire SC) committed to LSU for the class of 2016.