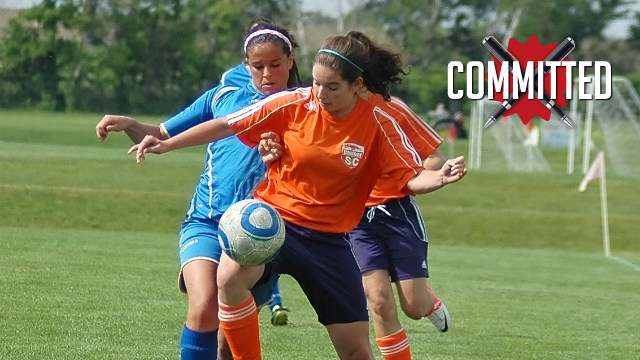 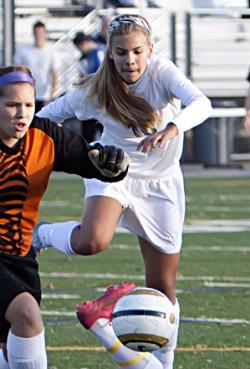 Knowing she wanted to pursue a career in nursing, Toledo quickly became Kelsey Kraft’s ideal school during her college search.

“The more I visited the campus and saw everything they had to offer as far as my education was concerned, the more convinced I became that Toledo was the school for me,” Kraft told TopDrawerSoccer.com.

The search process took her to schools both big and small, and Kraft didn’t want to stray too far from her home in the suburbs of Chicago. Along with that, the soccer program caught her eye.

“Not only did the University of Toledo meet all of my search criteria, the entire soccer coaching staff made me feel so welcome and comfortable that I knew it was the place for me. They really wanted me to play for them and become a member of their family,” she said. “They were genuinely excited to have me become a part of both the school and their soccer program and that's what made my decision so easy.”

A midfielder who can play in the middle on the wing, Bridget Schoffman has leveraged her ECNL career into a chance to see as many different schools as possible.

That helped her eventually make her commitment to Florida Gulf Coast(w), a program on the rise in the women’s game.

“None of the other schools could compare to FGCU,” Schoffman told TopDrawerSoccer.com. “My family used to vacation in Fort Myers, so I knew the area well. On campus at FGCU it is very nice and new and had the right size of enrollment. They are growing in all sorts of ways. Their basketball team did great in the NCAA tournament and put FGCU on the map. I plan on studying International Business and they have a great business program.”

The team’s steady improvement since moving into the Division I ranks was something she noticed.

“I have been watching the program for a few years and they have become a strong team,” she said. “The players and coaches have a good relationship and can connect with each other. I attended a couple of the camps and knew this is where I wanted to go. This has always been my first choice.”

Of course, Florida isn’t that close to Minnesota, but heading off somewhere for school was part of the appeal.

“Not a lot of people from the Midwest go to another region for college soccer, but I wanted to go far away,” Schoffman explained. “It was the right fit and I liked everything about it. The facilities and campus are great and the coaches are even better.”

Midfielder Madison MacLean (Seacoast United) committed to New Hampshire for the class of 2015.

Goalkeeper Jordyn England (Crossfire Premier) committed to Montana State-Billings for the class of 2014.

Midfielder Briana Solis (Florida Kraze/Krush) committed to Florida for the class of 2015.

Forward Macy Stalnaker (Northern Steel) committed to West Virginia for the class of 2014.

Defender Elizabeth Poblete (Sereno SC) committed to Arkansas for the class of 2015.

Defender Korrie Sauder (Tennessee) committed to Miami (OH) for the class of 2015.