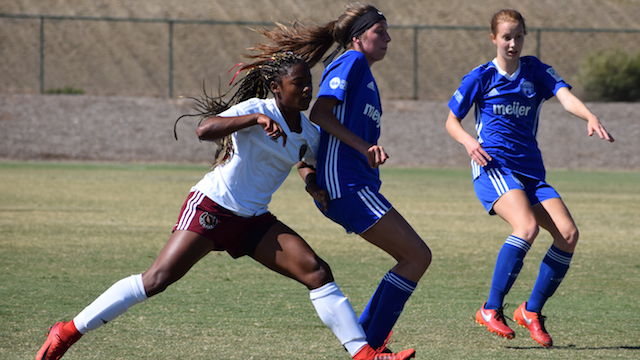 OCEANSIDE, California - It was a wild day at the SoCal Sports Complex in the 2018 Girls Development Academy Playoffs. The U16/17 age group ended group play on Thursday.

Group F was full of drama. Crossfire entered the day as the favorites to move on and only needed a draw, but Legends FC had other plans. The Southern California group scored in the first half and added three more in the second half for a 4-1 lead in the final minute of the game, which would’ve sent Legends into the Quarterfinals. However, Crossfire went from favorites to spoilers and scored a late goal, which ended up sending Solar through to the next round. The three teams ended up tied on points, but Solar had the advantage in goal differential after a 3-0 win on Thursday.

Penn Fusion, Real Colorado, FC Dallas, FC Virginia, Nationals, LAFC Slammers, and San Jose Earthquakes join Solar in the next round of the playoffs, which will be held on Saturday in Oceanside.

Below are some of the individual standouts from the games on Thursday.