It was a difficult weekend in the Girls Development Academy for a number of clubs. With Youth National Team camps stacked, there were number of key players missing from the action. Solar Soccer Club’s U17 squad was so short handed with National Team duties and injuries that they only had 10 players on the regular roster available. The team’s coaches decided to use the limited roster to give a young player a chance. Solar’s U13 standout Zoe Matthews was the one who earned the spot. Matthews, born in 2007, played all 90 minutes in Solar’s 1-1 draw against local rival FC Dallas.

Solar’s U17 team was not the only squad struggling with numbers over the weekend with Youth National Team camps in a number of ages snatching up players. Solar’s U19 team utilized regular starting goalkeeper Hannah Wrigley as a field player. Wrigley picked up an assist for Solar in the game.

TopDrawerSoccer highlights some of the standouts from the games below. If you would like to recommend a player for the weekly standouts list, please email rankings@topdrawersoccer.com. 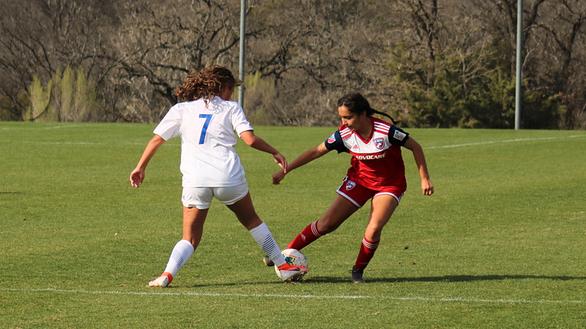