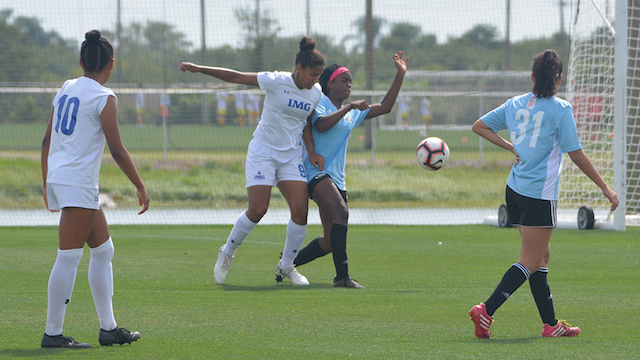 LA Galaxy San Diego and IMG Academy make the big moves in the Girls TeamRank Top 25 for the month of March. Both Development Academy squads jumped into the top 10 after rattling off some impressive results recently.

Check out the rest of the Top 25 for the Girls U15 club soccer team ranking for the March update.

California Thorns FC - DA and D’Feeters SC - ECNL are the two teams on the move in the U14 age group for the Girls TeamRank Top 25. Thorns continues to put together an impressive season in the Girls Development Academy and D’Feeters are climbing the standings in the ECNL.

Check out the rest of the Top 25 for the Girls U14 club soccer team ranking for the March update.

Following a successful spell in the National Cup competition, Legends FC jumps into the top three in this month’s update to the Girls TeamRank Top 25 for the U13 age group. Ohio Premier also moved up in the rankings this month.

Check out the rest of the Top 25 for the Girls U13 club soccer team ranking for the March update.