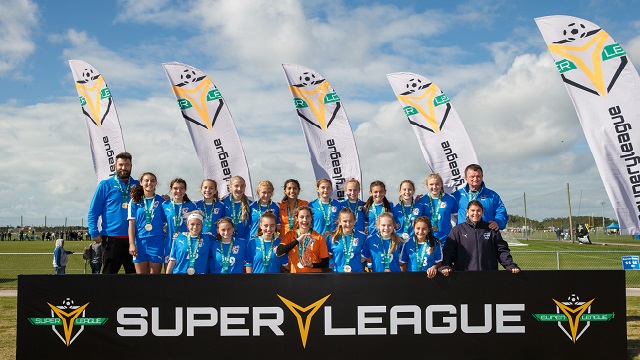 The Internationals SC U13 and U14 girls teams finished as national champions at the Super Y League Finals at the IMG Academy in Bradenton, Fla.

"This was a total team effort from our groups," Internationals SC Founder, President, and Director of Coaching Zdravko Popovic said. "They showed tremendous heart and determination to battle through the five-day event and some very tough games. It is an amazing accomplishment to win two Super Y League National Championships and a memory these girls will never forget."

"Both teams showed a tremendous amount of quality throughout the event," Popovic said. "They competed with some of the top clubs throughout the country. We were able to establish our style and rhythm, which created some very good goals. We were tough and organized defensively, which made it very difficult for teams to not only score, but create quality chances. We as a club only gave up four goals in the event while scoring 41."

"We are very proud of our teams," Assistant Director of Coaching Jared Rose commented. "It takes a lot of work to achieve what they have.  A big thank you goes to our managers Kristin Sugar and Sarah Schork for keeping families organized and on schedule with our itinerary. Thank you to the parents that take the time to love and support their daughters while they compete in the game we love. Thanks to the coaches that work with these teams and demand a higher standard. And thanks to the players that push themselves day in and day out to become better individually which drives everyone to be better collectively."