La Roca FC puts eight on Team of the Month Remember, this feature is to honor top performers in their region across the span of age groups. There will be a boys' list and a girls' list, and a new region will be covered every weekday, Tuesday through Friday of each month. You can submit nominations at teamofthemonth@topdrawersoccer.com.

Following is the Boys list (in no particular order).

Dylan Kelly, Real Salt Lake AZ, Forward; Ben Spencer, Real Salt Lake AZ U16, Forward: Dylan led the Development Academy squad in scoring with 20 goals on the season. Ben is back in action after an injury and added 17 of his own for the MLS youth side. 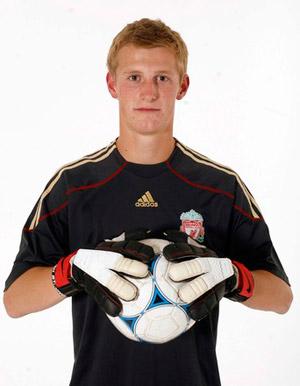 Russell Petersen, Blue Knights 93 Premier (UT), Defender: Russell intimidates the opposing attack with his athleticism, balance and strength. He is committed to play college soccer at California. His tireless work in the back has been a highlight of the Blue Knights 93 Premier squad’s pool play at the Region IV Championships. The opposition quickly realizes the challenge of taking on this dominating defender who excels at winning in 1v1 situations.

Nicholas Thiros, La Roca Futbol Club 95s (UT), Midfield: Nick Center Midfielder and a team captain for the La Roca FC 95’s displays a beautiful touch, outstanding field vision and great composure with a high pass completion rating. He is where the La Roca offensive attack begins. Nick has played for Region IV ODP, was a starter for ODP Utah, and is with the Real Salt Lake U17’s this year.

Abdoulie Jaatta, Colorado Rush U18, Forward: Led the team in scoring with 11 goals and added another in the opening match of the USSF Development Academy Playoffs.

Trase Stapley, La Roca Futbol Club 95s (UT), Defense: Central Defender Trase Stapely is a seasoned defender for the La Roca FC 95’s boasting international experience with the Region IV 95’s on their trip to Costa Rica. He is a versatile defender able to play center or outside back, excels in 1v1 situation, and with his experience in big game situations he acts as a calming composed influence on the La Roca FC 95’s back line. Trace is also with the Real Salt Lake U17’s this year.

Brad Holub and Andrew Epstein, Colorado Rapids U16, Goalkeepers: Combined between the sticks to record a shutout on June 4 vs. Sporting Kansas City.

Cameron McLaughlin, La Roca Futbol Club 95s (UT), Forward: Cameron is extremely fast at the forward position showing great technical ability and composure in 1v1 situations. He is an all-around athlete who can beat defenses not only with his speed but with his style and creativity. Cameron brings considerable experience to the La Roca Futbol Club 95’s offensive attack having represented ODP Utah and in his second year with the U17 Real Salt Lake squad.

Mitchell Parkinson, La Roca Futbol Club 95s (UT), Forward: La Roca FC 95’s have the benefit of size both defensively and offensively. At 6’1”, Mitch Parkinson provides air supremacy from the forward position. Mitch is an imposing presence to defenders as he uses his skill, blistering shot off his left foot, and strength to muscle past and go to goal. Mitch also has represented Utah ODP and is with Real Salt Lake U17’s this year.

Carson Elliott, La Roca Futbol Club 94s (UT), Goalkeeper: Carson Elliott brings a level of leadership, experience and excellence in goal to the La Roca Futbol Club 94’s. Carson has started at keeper for ODP Utah, ODP Region IV and the Real Salt Lake U17’s. Carson is the leader of the back and takes over the coaching role for the defense during games. Individually, he exhibits quick reaction time, agility, and athleticism providing the 94’s with spectacular saves during their run to the U.S. Youth Soccer Region IV Championships.

Austin Jex, La Roca Futbol Club 94s (UT), Central Defender: Austin is a versatile athlete with great soccer intelligence who can play any defensive position but he excels at center back for the La Roca Futbol Club 94’s. He is composed and focused when moving the ball in the back, fearless in 1v1 situations, and provides another level of disciplined play and leadership for the 94’s backline. Austin has put in some impressive performances for the La Roca 94’s at the 2011 U.S. Youth Soccer Region IV Championships as the 94’s emerged undefeated in pool play posting 6 goals for and 2 against.

Matt Gay, La Roca Futbol Club 94s, (UT), Forward: Matt Gay is a natural goal scorer who uses his creativity and strength to go to goal. Matt has provided the La Roca 94’s with some phenomenal shots on goal and goals scored in big games. At 6’1”, he is a presence in the air and has been posing big challenges for opposing defenses at the 2011 U.S. Youth Soccer Region IV Championships

Ryan Dozier, Real Colorado U18, Midfielder: Strong physical presence in the center of the park, tough tackler and good in the air.

Parker Dixon, La Roca Futbol Club 94s (UT), Defensive Midfield: Parker has the attention of several D1 schools who see this defensive midfield specialist as an asset to any program. Parker is the ‘bridge’ between La Roca FC 94’s defense and offensive attack. He is tireless and possesses great vision and instinct in moving the ball through the midfield and falling back to contain offensive players who make runs at the 94’s goal.

Hamilton High School girls captured the Arizona State 5A-1 Championship after posting an undefeated season. Laura’s rank of #5 in the nation according to ESPN rankings on most shut outs come as a result of having only allowed three goals - 0.156 GAA – and an impressive 19 shutouts. She has also been named to the AZ Girls Soccer Team for both the AZ Republic and AZ Tribune. Laura has verbally committed to George Mason.

Carissa Miller, Sereno SC U16, Midfielder: Carissa was selected for the ECNL International tour due to her continued excellent work for the Phoenix-area club. 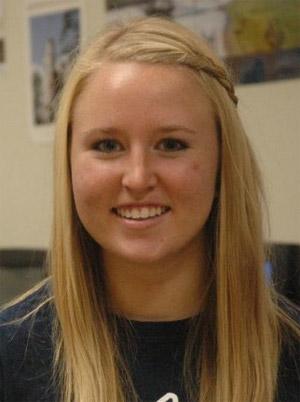 Janine Beckie, Real Colorado U17: another selection for the ECNL International Tour.

Caitlin Mortensen, Rio Vista SC U17, Forward: Scored the winner for the New Mexico side as they upset Legends FC in the Region IV semifinal.

Alex Anthony, Real Colorado U17, Forward: Scored a hat trick to lead her team to a quarterfinal win over Forza FC at the Region IV Championships.

Taylor Ritzman, Sparta FC U17, Forward: Scored a hat trick in her team’s 5-1 win over Neusport at the Region IV Championships.

Madison Lorenzen, Sereno Soccer Club 92 U18 (AZ), Defender: A 2011 graduate of Ironwood High School in Glendale, Arizona, Lorenzen has committed to Nevada. She has been the captain of each of her club teams since 2005 and amassed seven state championships at various age groups in club soccer. She led her high school team in goals scored in 2010 while playing as a defender.