Lasting effects of a lost season 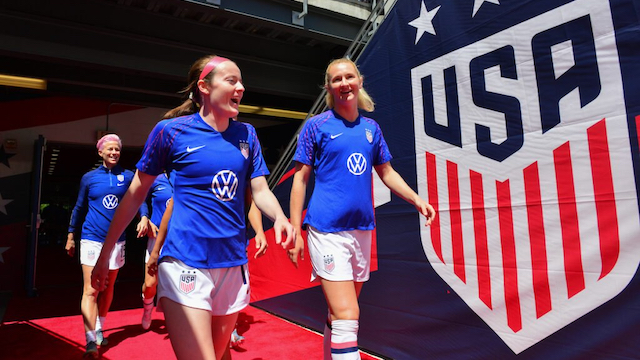 The ripple effects of the coronavirus are everywhere in the world. Sports have been no different, and the implications are slowly creeping towards soccer in North America.

In the professional game, the NWSL became the first team sport to return to action earlier this summer. The Houston Dash claimed the title from the return to action at the Challenge Cup, but the plans for the rest of the season are not quite as clear.

Following on the heels of the MLB’s trouble with holding a season in various stadiums across the country, there seems like there might be too many obstacles for the professional soccer leagues to handle the distance of travel when competing outside of a bubble - albeit the USL is chugging along with a season while playing in various stadiums across the country.

The uncertainty and inability to get players on the field is going to change how players look at their club situation. Especially those who are dreaming of making the jump to a national team or just trying to stay sharp with hope of an Olympic Games being held in 2021.

The Athletic reported last week that U.S. Women’s National Team star Sam Mewis is joining Manchester City. The NC Courage and former UCLA standout would be a massive addition to City’s roster and to the league - and could be the first in a new wave of US players heading to England.

City finished second in the WSL table for the 2019/2020 season - despite having more points than Chelsea, Manchester City was awarded second based on points per game after the season was abandoned due to the COVID-19 outbreak. Chelsea made their big signing this week with Jessie Fleming joining the club. Both clubs qualified for Champions League next season.

The Athletic reported that Mewis might not be the only U.S. Women’s National Team player joining Manchester City as the club also offered a contract to Rose Lavelle, arguably the most famous dog lover in the world. Lavelle is reported to be considered the opportunity.

Earlier this year, the Dallas Morning News reported that Alexis Missimo was weighing an offer from Manchester City. Missimo, the top 2003 in the United States, seems to be a highly coveted target for Manchester City as a future pillar for the club. With an uncertain outlook in college, she could reconsider her priorities for the immediate future as she aims for the long-term goal of playing and starring for the Women’s National Team.

Missimo is not going to be the only player who had a wrench thrown into an already complicated decision. Multiple college programs have experienced players with eligibility on the table, opting to turn pro in light of the 2020 college season not taking place.

The dominoes are falling back to the prep rank as well. The uncertainty in the college season has increased an uptick in deals for Academy players to join USL sides. It’s also had some influence on players in looking to reclassify to a new class for playing time or scholarship reasons.

With the likelihood of a lost season in 2020 and the lack of players moving on from programs, the 2021 classes and beyond are going to be in a difficult spot regarding scholarships and roster balance. Preparatory or fifth year programs in high school are already experiencing high interest levels for the upcoming years.

Much of the focus has been on the 2020 class - especially for the difficulties and unexpected challenges of facing a global pandemic that affected every part of daily living. However, the following classes in 2021 and beyond are going to be saving even more challenges than anyone is anticipating at this point especially with the lack of vision for how recruiting classes will shape up if the 2020 season is canceled.

This is the start of a lasting effect of lost seasons and so much uncertainty. The hope to return to normalcy seems like a dream at this point, which is leaving smart players to explore multiple options and figure out what the best path forward might be in the near and intermediate future.

The ripple through the sport will be felt for years to come even if we get back out on the field soon.