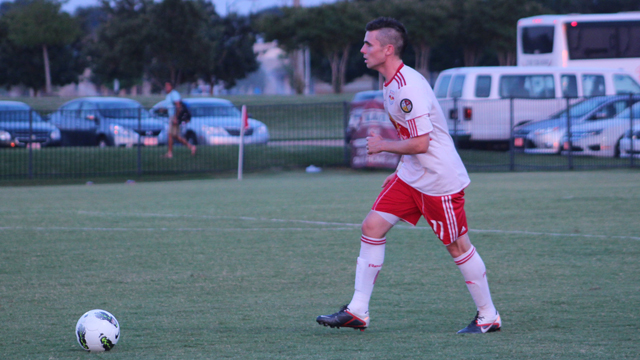 FRISCO, Texas – The USSF’s Development Academy playoffs/showcase kicked off from FC Dallas Park on Monday. The U18 teams started the action for the week in the blazing Texas sun, which had the temperature well into the triple digits for the start of the afternoon.

Despite the heat, there was plenty of late game drama from the playoff fixtures with a few teams snagging results on the cusp of the final whistle.

For most of the game, it looked like CASL Chelsea FC (North Carolina) was going to cruise to a 2-0 victory in its opening game from Group 3 play. Then in the last five minutes of the game, De Anza Force (California) tore up that script and rewrote the outcome with two goals in quick succession to share the spoils against CASL. 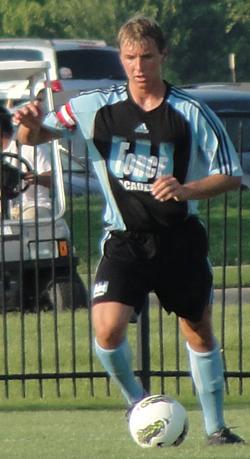 “That wasn’t the blue print – to go down two goals and come back,” Force head coach Eric Yamamoto told TopDrawerSoccer.com. “But we got a point and we are still in the game. Now, we look forward to a very competitive game against LA Galaxy tomorrow.”

CASL scored the opener two minutes before half time when Griffin Heffner finished a rebound from three yards out. Force keeper Paul Blanchette made a diving save on the initial effort from Fernando Castellanos, but Heffner was in the right spot to knock in the rebound.

In the 78th minute, CASL doubled its lead when William Thompson dribbled through a few defenders before being taken down in the box. Thompson drilled the ensuing penalty kick into the upper corner to give CASL a 2-0 advantage.

But Force did not quit, and stormed back into the game with two late goals.

The first goal came in the 86th minute when Max Ornstil tapped in a loose ball in the six-yard box into the open net.

Six minutes later, outside back Travis Pillon pounced on a miscue by the CASL keeper and slotted home the game-tying goal.

“The keeper was afraid to give us a corner kick so he toed the line and then tripped up,” Pillon told TopDrawerSoccer.com about his goal. “I picked it up and put it in.”

Pillon, a verbal commit to Penn, was one of the standouts from the game for De Anza. His bombing runs forward led to a couple of chances, but the defender did not show any fatigue in the late stages.

“I pride myself on being the fittest on the field,” Pillon said. “I tried to make sure that I was prepared for Dallas, and definitely felt prepared for this game.”

In the other group 3 game, LA Galaxy cruised to a 5-1 victory over Vardar.

Chandler Crosswait scored twice and Solar Chelsea SC made the hometown fans happy with a 4-1 win over Albertson SC (New York) in the nightcap from FC Dallas Park.

The game was not always comfortable for Solar though.

“It could have been a lot different,” Solar coach Kevin Smith told TopDrawerSoccer.com. “They had a great opportunity and should have gone one up in the first minute.”

Albertson missed on the early chance and the local boys took advantage of their chances.

Crosswait scored on a splendid diving header in the fourth minute off a great assist from Samuel Hayward, but was crunched by the keeper for his effort.

“Sam played a great ball and I just dove for it,” Crosswait told TopDrawerSoccer.com. “I was a little dizzy getting up, but it was worth it. It was awesome.”

Six minutes before half, Solar doubled its lead off a spectacular shot from distance from Ryan Condotta.

Then Albertson answered with a goal right before half via a corner kick from Jake Freeman that was nodded home by Blake Bohlen.

“They scored on the last kick of the first half, and I am thinking ‘oh, here we go,” Smith said. “Two goal lead is the worst lead in soccer especially with a goal right before half.”

The coach thought it would give Albertson a lift, but really it was the wakeup call that Solar needed.

Three minutes after half, Solar netted its third goal of the game with Crosswait tapping in a cross from Alfred Koroma, but it was the build up play that made the goal beautiful.

Nearly every Solar player touched the ball, as the Texas team strung together a 14-pass movement that had Albertson flustered.

“You can’t write that up any better,” Smith added. “That is just quality.”

With a roster that included two Home Grown players and a few other youth national team prospects, Chicago Fire entered the Academy playoffs as one of the favorites to win it all, but now the MLS Academy is in trouble from even advancing from Group 7 after an opening day loss.

Drew Morgan claimed the game-winner in the final moments of the game, as Concorde Fire came back from a one-goal deficit with two late goals.

“We knew there was going to be six hard games in this group,” Concorde Fire head coach Adrian Powell told TopDrawerSoccer.com. “Even though we went down in the first half, we kept our discipline and our focus.

“We felt if we could get one, we had enough energy off the bench to really stay on top of the game. It worked out well for us.”

Despite the hectic late game rally, Powell thinks his squad will be good to go for tomorrow when they face Solar.

In a matchup of two MLS Academies, New England and New York scored a goal apiece in a 1-1 draw.

Midfielder Dominik Machado scored on a thunderous shot from outside the box to give the Revolution a first half lead. But Red Bulls midfielder Erik Sa equalized with an equally impressive strike, a curling free kick that beat New England goalkeeper Tyler Zon.

At the end of the night, the draw was a result favoring the Revolution, as the Red Bulls enjoyed the stronger opportunities in front of Zon’s goal.

“We created a ton of chances, now it’s just a matter of finishing one or two of those and it’s a different game,” Red Bulls head coach Paul O’Donnell told TopDrawerSoccer.com after the game.

The potent attack led by Brandon Allen and Ethan Decker couldn’t get a second one, however, and New York had to settle for the point. With Charlotte looming on Tuesday, O’Donnell remained upbeat.

“I told the guys it’s not the end of the world getting a tie in the first game, you can still win the next two,” he said. “But the effort was there, the soccer was there.”