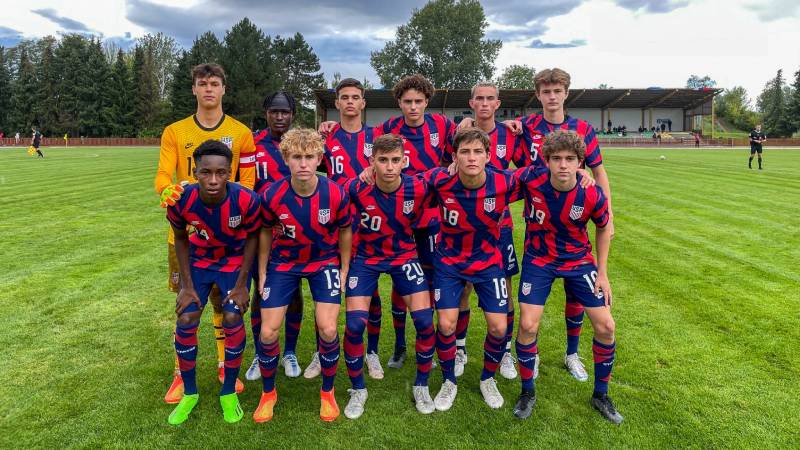 US YNT sides enjoyed mixed fortunes Friday in their second round of European friendlies this fall. The U17s played a year up against a strong Germany side, while the U19s squared off with a resilient Croatian setup.

Here’s a look at how things went for both squads Friday.

The U17 MNT enjoyed some good moments, but couldn’t keep up with a dominant Germany team in the Vaclav Jezek Tournament. After staying in the game early, Gonzalo Segares' squad fell victim to a well worked Germany counterattack in the 40th minute. It created an overload down the left side, and a German player fired home from close range.

Diego Kochen kept the deficit at 1-0 with a series of neat saves and timely stops. But with 15 minutes remaining, the lead doubled, with Germany lashing a penalty into the top corner.

The US created a few chances, with Cruz Medina and Andre Gitau looking lively. Still, no clear looks materialized, and the US — despite a resolute showing — fell, 2-0.

U19s Hold On Against Croatia

10 minutes into its Slovenia Nations Cup match against Croatia, the U19 MNT seemed to be cruising. A well worked opening goal, finished by Benjamin Cremeschi, followed by an emphatic second from Nolan Norris, appeared to have set up a simple 90 minutes. And when the third went in — a tap in from Owen Wolff — the game looked won.

And the second... Top celebration imo. Goes from Shearer one hand in the air vibe, to passionate fist pump to decent knee slide. https://t.co/yng9Lx222u pic.twitter.com/n1BTbqinCG

But Croatia regrouped at half time, and scored right out of the break — a neat finish into the bottom corner. It added a second in the 58th minute, the Croatia forward lifting a shot over US goalkeeper Emmanuel Ochoa. Things got even more tense for the US in the 61st minute, when Wolff was sent off after picking up a second yellow card.

Cremenschi eased nerves by netting his second of the day — and dutifully celebrating wildly. Croatia refused to fold, though, curling in a smooth shot from outside the box to pull back within one in the 82nd minute. But it wouldn’t get any closer. Ochoa made a couple of saves, while the US defense held off late pressure, securing a 4-3 win.