Mexico defeats USA in U17 Championship 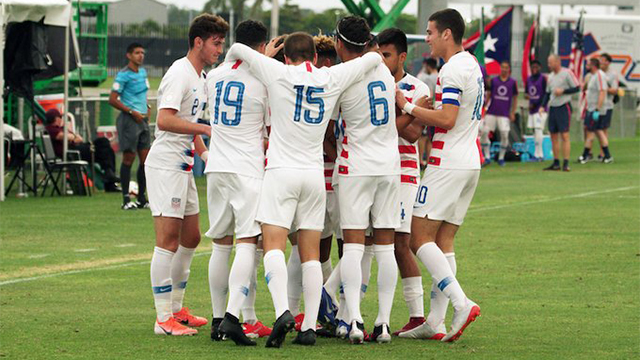 It was a repeat story in the championship game of the Concacaf U17 Championship. Mexico defeated the USA 1-1 (2-1 after extra time) on Thursday from the IMG Academy Campus in Bradenton, Florida. Mexico’s Israel Luna scored the winning tally in the 109th minute.

Griffin Yow scored the opening goal in the 12th minute off an assist from Tayvon Gray. The play started with a cross from Giovanni Reyna. Gianluca Busio got his head on the ball but it ended up as a flick instead of a shot. Gray put the ball back across the goal and Yow headed home the opening tally.

USA dominated the opening 45 minutes of the game. USA hit the post twice (both via Busio) and hit one off the crossbar (Reyna), but they could not find the go-ahead goal.

🔊 "It’s a tough one to lose, but that’s part of the learning process.”

Mexico controlled the pace of the game better in the second half. USA struggled to get the game back to their style or terms. The cohesive, free-flowing attack never reappeared after the first 45 minutes.

Mexico looked like the more likely side to score the go-ahead tally, and hit one off the crossbar in the second half. Ultimately, Mexico put home the game-winner in the second extra time period via Luna. USA could not generate much in the attacking third over the final 75 minutes of the game.