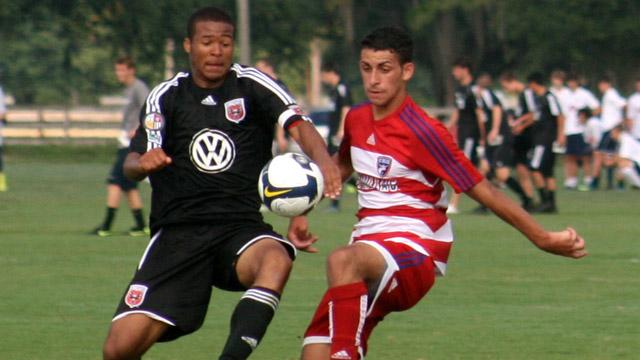 In the 2013 Girls class of the Mid Atlantic Top 20, Lindsey Lane has been able to stand out from the rest. The Freestate SA U16 midfielder has established herself as a constant threat against very good opposition, giving her the recognition as one of the best players in the region.

Lindsey Lane
“I am very proud and thankful for the opportunity to compete with these girls,” Lane said. “They are my competition and they make me work harder.”

Playing in the ECNL with Freestate SA has helped Lane improve her abilities. She’s become the general of the team, controlling the pace of the game and setting up scoring opportunities. She is technically gifted, is dangerous with both feet, but still would like to improve in other areas.

“The ECNL has helped my game because every game is hard and you have to show up to play,” she says. “But I would like to improve my presence in the air and my 1v1 defending.”

Due to her performance playing for Freestate SA, Lane has received national recognition. Recently she was called up to the U.S. U17 Women’s National Team to play a pair of matches against Germany. The matches were part of a camp to open up the new cycle for the team in conjunction with the 2012 FIFA U17 Women’s World Cup. It was an experience she cherished and would like it to be repeated through next year’s competition. 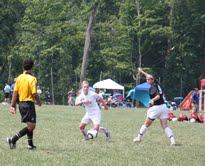 Lindsey Lane
“I would like to continue to be called into youth national team camps and earn a spot on the 2012 U17 World Cup roster,” she said. “Eventually I’d like to play on the full national team and play professionally.”

For the rest in the Mid Atlantic, Caroline Casey and Linda Granados rank third and fourth, for the 2012 Girls. Brittany Basinger and Haley Roberson make the top five in the 2013 Girls, while Eliza Doll and Danielle Hogarth do the same in the 2014 Girls.

Michael Gable popped into first place over Jalen Robinson and Todd Wharton for the 2012 Boys. Among the 2013 Boys, Collin Martin and Jeremy DeGaffenreidt rank third and fourth, while the 2014 Boys sees Herbert Mejia-Flores and Carter Manley round up the top five.