You know the drill. Here’s the latest scoop on which schools our 2012 stars are considering.

Our 55th ranked 2012 boys prospect is keeping his options wide open. He took visits to Virginia and Georgetown in November and is expecting to make more than a few more. 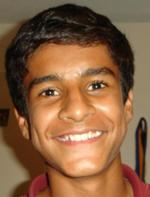 Nestor Jaramillo
“I’m not really sure when I’m going to make my decision, I’m looking to do it before my senior year but I won’t but a timetable on it just yet.”

Ranked No. 47 in our 2012 class, Jaramillo has made visits to Furman and High Point with more to follow in the spring. He, too, is taking his time with the decision which he said may come sometime during his senior year.

Seiler, No. 36, is hoping to finalize his decision before the summer.

Kapp, a gifted goalkeeper and our No. 66 2012 prospect, is fond of the Big East. He has made unofficial visits to Boston College and Louisville and is planning to see the rest of his options in the next couple months. Kapp may also do some training with a German club in April, so his decision may not be imminent.

The No. 98 ranked 2012 prospect is hoping to make his verbal commitment by spring.

On the girls’ side:

Zoe Kilmer, Oregon Rush
Interested in: The current leader in the clubhouse is UC San Diego

“I will be attending their camp this summer,” Kilmer said. “Right now I am really interested in attending there. The location and education is exactly what I’m looking for.”