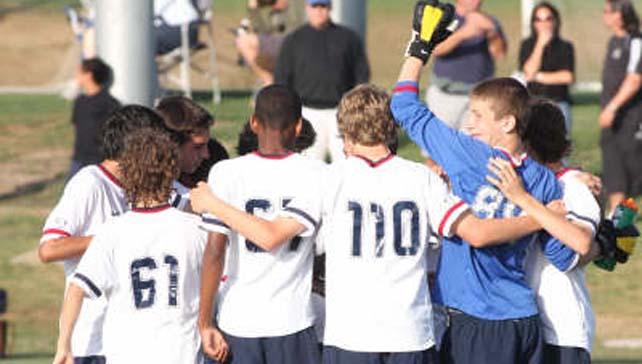 CONCORD, MASSACHUSETTS – The U14 Boys National ID Camp is an excellent event in many ways, largely because of the emphasis Head Coach Manny Schellscheidt and his staff place on the learning experience to be gained here.

It’s a challenge for the players (and to some extent their families) to focus fully on what a tremendous learning opportunity it is. For almost all of them it is the best quality environment they have been in both for training and competitive matches. On top of that there is a veteran cadre of coaches with a deep teaching background. Every player, regardless of how well they play or which matches they are involved in, has the opportunity to learn so much.

But with a pool match played Wednesday through Friday, and the promise of selection to the first U14 Boys National Team roster for this cycle at the Disney Showcase in November, it’s sometimes hard for players to focus on the positive through the likely bouts of anxiety over their performances and any mistakes made.

But then, maybe that’s a way of learning too – because top players around the world have to overcome those sorts of scenarios all the time and still perform at a high level, so in that case this camp can serve as a baptism of fire.

Pool matches start Wednesday, but as Schellscheidt and others always say, the list of who is in the primo match can change from day to day, and the opportunity for players here extends well beyond this event, with most of them set to be at Disney in Thanksgiving at least on a regional team if not a national side.

Following are the game lineups and some details from Tuesday’s action.

Team One 3, Team Six 1
Olney Rangers (MD) player Jeremy Ebobisse scored a pair of goals, with Joseph Jones of Baltimore Bays also finding the back of the net for Region I. Donald Emerson scored for Team 6.

Team Five 2, Team Three 2
Ronaldo Lozano of Albertson SC scored an opening goal for Team Five, which got good technical play from Bayside United’s Justin Freitas. Region III evened the score at 1-1 on Dallas Texans’ Ryan Barlow, who chipped the keeper after a good through ball from Fusion FC’s Coy Craft, who was very good in the middle of the park for the 2nd day.

In the 2nd half, Stephen Elias of Beachside SC (NY) made it 2-1 for Team Five. Adnan Bakolovic of Empire United was showing good feet and soccer ideas for his team. Christian Lucatero of Houstonians scored a late equalizer for Region III.