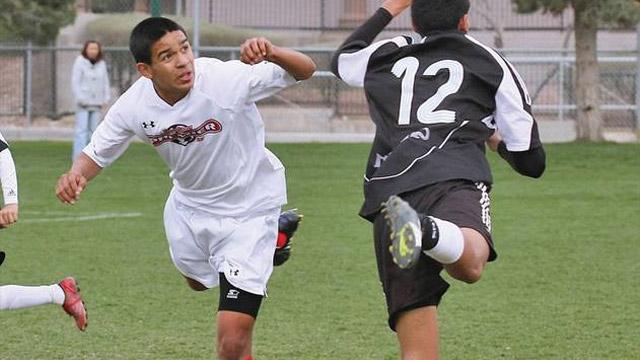 Today, we let you in on a little inside information. Here’s the status on a few of our 2012 boys’ stars who have yet to commit.

Ruben Duran, Las Vegas Premier
Interested in: Cal Poly, Stanford
The No. 47 ranked player in the country, Duran will have his pick of several top programs in the country. At the moment, however, he has narrowed his focus to Stanford and Cal Poly where he has taken a visit. That’s not to say that he isn’t open to the endless interest he has received from other schools, he just has his current sights set on that pair.

Duran was called into the U.S. U17 Residency last Fall alongside players like Nathan Smith, Alejandro Guido, Marc Pelosi and Mario Rodriguez. Duran is currently focusing on representing his country again.

“My plan is to get back on the national team,” he said. “Right now I’m in Chicago playing for the Chicago Magic Academy team and I’ve had the opportunity to train with Martin Vasquez, who was the assistant at Bayern Munich and head coach of Chivas USA, as well as Louis Mateus, a U.S. Youth National Team.” 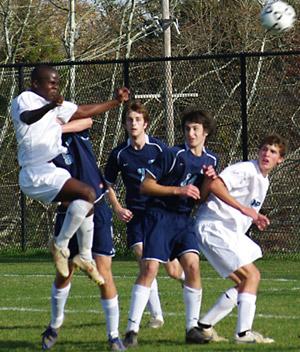 Melvin Snoh goes arial for a shot on goal.
Melvin Snoh, Penn Fusion Soccer Academy
Interested in: Snoh has been contacted by the likes of Duke, Wake Forest, Notre Dame, UC Santa Barbara, Georgetown, Villanova, Cincinnati and Colgate.
Snoh is clearly keeping his options open and has taken visits to both Georgetown and Villanova.

This Pennsylvania striker is a major talent with a bright future. We have him as our No. 49 ranked 2012 prospect and he has some serious raw ability. He’s both quick and strong and is a player who likes to possess the ball, draw defenders toward him and make them commit, then blow by them with superior technical ability and speed.

Josh Miller, Westside Metros
Interested in: Washington, Portland, Stanford, Cal Poly, Georgetown, Princeton, Colgate
Miller is a physical holding midfielder with a great work rate. He’s a nice fit for the college game – he’s good on the ball and in the air and has a play-maker’s vision.

Ranked No. 73 in our Top 100, Miller has made recent visits to Colgate, Princeton and Georgetown.

Martin Giordano, Weston FC
Interested in: Cornell, North Carolina, Wake Forest, Stanford, George Mason
Weston FC is known for producing dynamic attackers who can put the ball in the back of the net and Giordano fits the bill. He’s the co-leader on his Development Academy team for goals scored and is ranked No. 96 on our Top 100 List.

Giordano will have his share of options but at this stage Cornell has to be considered the leader to land his services. Giordano has taken his lone visit to Cornell thus far and apparently liked what he saw – but he’s not getting ahead of himself.

“I could sign with them now, but I still want to see all of my options,” he said.
Related: Players To Watch,