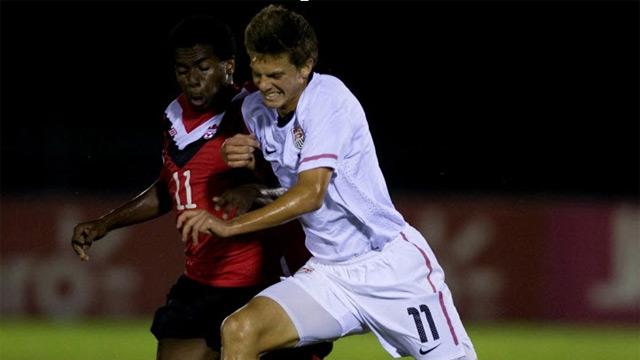 The top 2012 boys’ player in the country has given his verbal commitment to UCLA.

That would be Marc Pelosi, the U.S. U17 Men’s National player who continues to elevate his stock with brilliant play at the highest level.

Pelosi has the No. 1 standing in our Top 100 and a reputation that continues to grow at the rate of his game.

Born in Germany, where he lived until he was four, Pelosi has been experiencing international competition since his early days – and it’s clearly paying dividends. 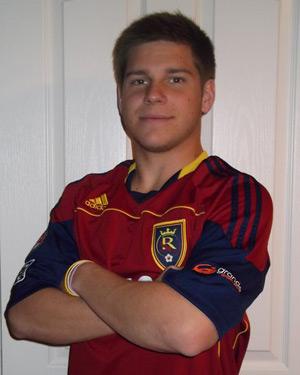 Cole Nagy will join Pelosi at UCLA.
While he’s played a lot of outside back during his career, he is starring for the U17 MNT at attacker where he clearly shined during the recent CONCACAF U17 Championships in Jamaica.

Pelosi is a most dangerous player with the ball at his feet. He’s athletic and fluid, and has continually shown off the ability to set up his teammates or a finish a goal.

Pelosi seems destined for a professional career somewhere down the line.

So if indeed, when his decorated youth career is done, he lands on the UCLA campus the Bruins will be lucky to have him for however long they do.

Pelosi isn’t the only big name to land with the Bruins.

Cole Nagy, of Real Salt Lake (AZ), has also verbally committed to UCLA for the 2012 season.

Nagy is the No. 26 ranked player in the Top 100 and a skilled prospect from the Development Academy. While not mentioning Pelosi directly, Nagy is very aware that he’ll be joined at the program by some high profile talent.

“The recruiting classes (at UCLA) that have been put together for the next few years are unbelievable,” Nagy said. “I expect to achieve big things during my time at UCLA! I looked at some other schools and nothing compared to what they had to offer as an athlete and an academic. UCLA has always been my dream school.”

Richard Robinson (Albertson SC) has verbally committed to Clemson for the 2012 season. Robinson is ranked No. 14 in the New York Region.

Dan Norris (FC Westchester) has verbally committed to Boston College for the 2012 season. Norris is ranked No. 12 in the New York Region.

Christian Kaschak (PA Classics) has verbally committed to Penn State for the 2012 season. Kaschak, the No. 5 ranked player in his Pennsylvania Region class, also considered West Virginia, Georgetown, and Harvard but felt PSU was the best fit.

DJ Schillinger (Shattuck St. Mary’s Academy) has signed with Marquette for the 2011 season.

Cameron Magoon (Alpharetta Ambush) has signed with Lipscomb for the 2011 season.
Related: Players To Watch,