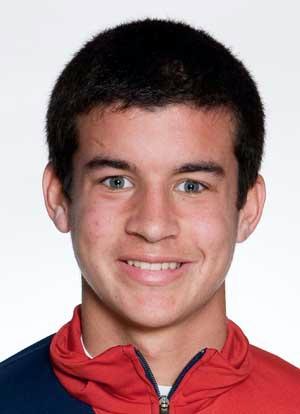 The No. 39 ranked player in our 2012 Top 100 List, Fender has just committed to the Bruins, taking him a bit farther from home than perhaps he’d imagined.

When we’d last caught up with the key defender of the Concorde Fire, he’d mentioned that choosing a program closer to home was a factor he was taking into consideration when deciding between such programs as Wake Forest, South Carolina, and of course, UCLA.

Well, so much for that. He’s now headed to Southern California but not before logging another year with the Fire who are blazing through the Development Academy where they have compiled the most points in the country.

The other big name to drop this week is Andrew Oliver, who has verbally committed to Indiana. Our No. 2 ranked player in the 2012 class, Oliver is a member of the U.S. U17 National Team and is the cream of the crop in his recruiting class.

His decision to attend Indiana was helped by geography.

“I just thought being close to home was a big plus,” Oliver said. “And Indiana definitely has lots of young talent coming up that’s looking really good for the program. It was the right fit for me.”

Here are a few other boys’ prospects who have signed or committed to college programs.

Liam Callahan (Empire United SA) has committed to Villanova for the 2012 season. Callahan is a tough defender and a standout of the Development Academy who has been chosen for select teams. He is our No. 16 ranked player in the New York Region.

Midfielder Mason Miller (Solar SC) has committed to Central Florida(m) for the 2012 season.

DECISIONS TO BE MADE

The following 2012 prospects are narrowing down their college choices.

Connor Furgason, Derby County Wolves
Interested in: Michigan, Michigan State, Oakland, Western Michigan, Detroit(m)
The starting center back for the Wolves, Furgason has given himself a deadline to help him finish the process.

Jake Katz, Match Fit Academy FC
Interested in: Boston(m), Penn State, Connecticut, Northeastern, Georgetown
Katz has already made an unofficial visit to Penn State and will intensify his search moving forward. Katz is a winger who has national team experience.

Slater Meehan, Santa Cruz Breakers
Interested in: Stanford, Princeton, Cal Poly, San Francisco, Seattle
At the moment, Stanford is admittedly Meehan’s top choice and he has already made an unofficial visit there.

A team captain and technical midfielder, Meehan has also been invited to train with Argentinean club Estudiantes de la Plata for a three-week session.

SEND YOUR COLLEGE COMMITMENT TO COMMIT@TOPDRAWERSOCCER.COM.