Pennsylvania teams count down till March 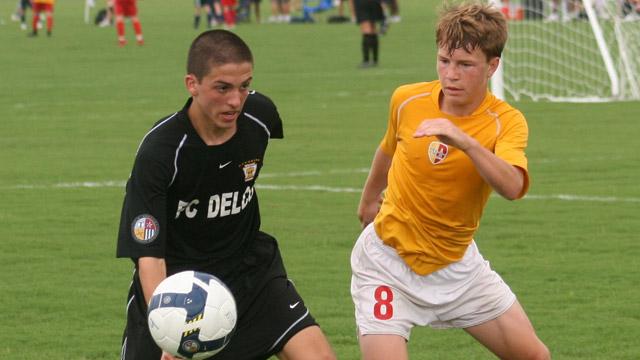 Amongst 15 inches of brutal winter snow, Pennsylvania teams are still doing their best to stay fit for soccer.

The FC Delco U18 Boys, who play in the U.S. Soccer Development Academy, are currently in a lull until March, when the season resumes.

Jimmy McLaughlin
“Right now we are battling the weather,” FC Delco Head Coach Thomas Carlin said. “What we basically do in December and January is to keep the guys fresh technically and working on their fitness, making sure they are ready to play.”

The team has a good understanding of each other, making it a strong collective unit. According to Carlin, they mesh well and are a very close-knit group.

“The guys are working hard and we have a great bunch this year,” he said. “They are a better team than the collection of individuals, but that doesn’t mean we don’t have some very good individuals.”

The biggest attacking threats that FC Delco has going further into the Academy season are Jimmy McLaughlin and Mike Gonzalez.

“James creates so much on the attack, and is a guy that can impose himself into the opposition’s backline,” Carlin said. “Mike is our other attacking threat. He makes things go, and pulls the string to help us keep the ball and connect the dots. He also has a little attacking flair.” 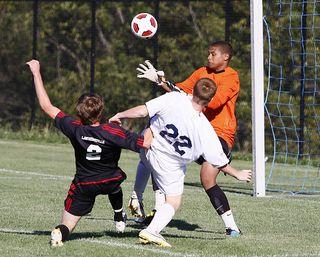 Zackary Steffen
Not to be ignored is the play of Zackary Steffen. The goalkeeper, from the 2013 class, is playing up after an injury sidelined starting keeper Max Kurtzman.

The team has played a handful of games in December at the Academy Showcase in Phoenix, but hasn’t played competitively since. Carlin will use February to finalize the attacking and defensive schemes the team wants to implement come March.

“We want them to be organized, and we will use February to iron out all the details so the players come out with a better understanding of what we want,” said Carlin.

The girls’ side of the Pennsylvania TeamRank has Penn Legacy at the top of the U13 Girls. Penn Fusion has control of the U14 and U18 Girls tables while FC Delco tops the U15 Girls. PAGS winner Cantolao SC is tied with FC DELCO Lightning and Vincent United for the U16 lead, with Ukrainians Nationals leading the U17 Girls table.