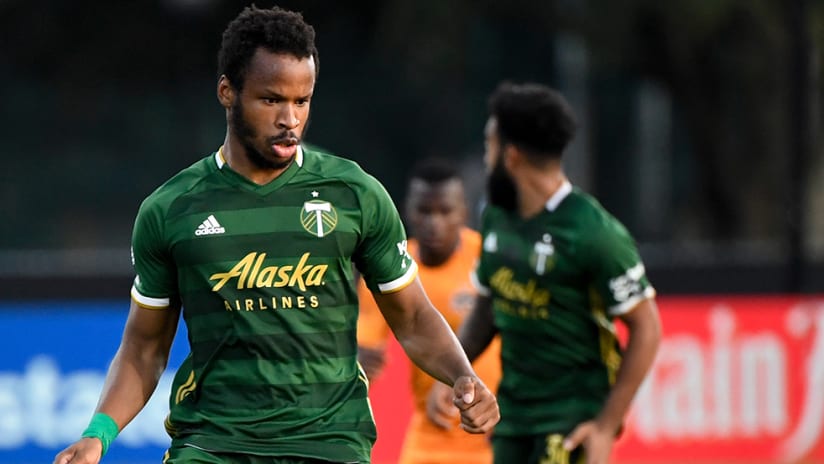 As the Olympic soccer tournament kicks off this week, a U.S. men’s side is once again not participating.

Another failed qualifying effort earlier this year means that a good chunk of players that could’ve been in Japan are on the current Gold Cup roster instead.

Even without a tournament coming up this week, let's imagine what a 22-player roster could've looked like. Adding a bit more to the challenge, players on the current Gold Cup aren’t being considered – even if the Olympic roster may have included them should the U.S. have actually qualified. Three overage players are included, as the rules state. Players established at European clubs and full team regulars weren't considered here either.

Below is a projected 22-player roster in a world where the U.S. men qualify for the Olympics.

Melia makes it as one of the three overage players to serve in a mentorship role to Ochoa and Marcinkowski. All three would be more than capable of winning the starting role.

There are a few holdovers from the roster that actually went to qualification, including Herrera, Araujo and Kessler. Trusty deserves a look, as he’s enjoying a good season with the Rapids in Major League Soccer. Jonathan Gomez could be a backup or the starter at left back, while Carter-Vickers’ inclusion provides an age-eligible player already with more than 100 professional appearances.

Che would be a bit on the young side, but can play centrally or as another backup right back option.

Even though the rules were changed before the Olympics that allowed 22 players, versatility is still important. Dotson can play a number of midfield spots, as well as right back; Clark could be a central midfielder or as an inverted winger in this hypothetical 4-3-3.

Keaton Parks is one of the more deserving players that didn’t even make it onto the Gold Cup preliminary roster, and is still eligible. Tessmann wrapped up a move to Italy last week, and in reality, would be a stretch to make the trip. However, he showed during his sub appearances with the U23s earlier this year that he has plenty of quality.

The two overage slots highlight the forward line. Rubio Rubin is enjoying a career resurgence after moving to RSL, and can play through the middle or as one of the wide forwards. Wondolowski gets the pick as a sub option from the bench. It gives him one last hurrah in a U.S. shirt, and he's shown the ability to come in and score goal from the bench. Pepi is quickly ascending and could certainly push Ebobisse as the starter.