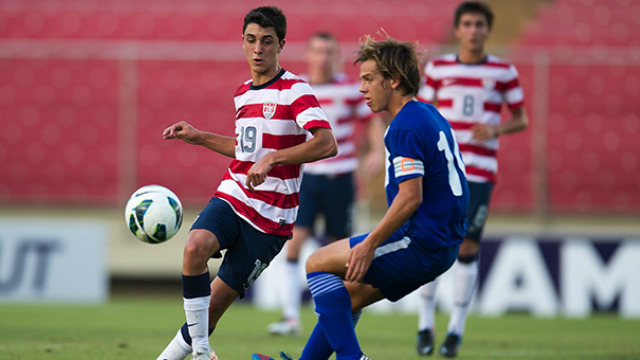 The U.S. U17 Men’s National Team defeated Guatemala 1-0 on Thursday in the final game of group play at the CONCACAF Championship in Panama. Stanford commit Corey Baird scored the lone goal of the game off a cross from Rubio Rubin. 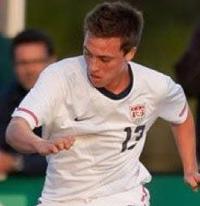 Jefferson Caldwell and the U.S. defense recorded their second shutout of the tournament, as the Americans advanced as group winners and face either Mexico or Honduras on Sunday in the quarterfinal round.

GK Jefferson Caldwell, 6. Did not have much to do, as Guatemala only managed one shot on goal, which came late in the contest. The Virginia commit did snag a couple of dangerous crosses.

D Shaquell Moore, 5. The captain charged forward a few times with runs into the attacking third, but did not setup any real chances for his teammates with his runs. He was solid defensively.

D Tommy Redding, 6. Redding did well when he was called on, but he was rarely called on as Guatemala did not have the attack to threaten the U.S. backline.

D Conor Donovan, 7. Donovan had a great block late in the second half to keep Caldwell’s gloves clean on the day. The center back offered some timely interceptions as well on the day.

D John Requejo Jr., 5. Not much for the left back to show from the game as he did not get forward much and Guatemala’s attack did not show the width to challenge him.

M Chris Lema, 6. It was a quiet outing for the New York Red Bulls Academy player who played a more defensive role than he has in previous outings. Lema did well to get on the ball in the first half, but was bypassed in second half.

M Joel Sonora, 7. Showed off some impressive skills on the ball in the first half to break down the Guatemala midfield and generate some looks on goal for the U.S.

M Corey Baird, 6. His effort and toughness helped the U.S. win the ball back in good spots, which created some chances early. Baird also put away the chance to give the U.S. the full three points.

F Junior Flores, 6. Out of the picture for much of the game, but when he had the ball he was setting up his fellow attackers with some quality opportunities. Did not seem to be in the right spot to really showcase his skill on the ball.

F Ahinga Selemani, 5. The Michigan State commit had some moments where he had the Guatemala defense on its heels, but he did not seem to string those chances together to really be a major threat in the game.

F Rubio Rubin, 7. Dominated the left side of the field in the second half with some great runs on the ball against the Guatemala defense. Rubin’s cross setup the golden opportunity for Baird to finish for the lone goal.

MF Tyler Turner, 5. Quiet outing for the former center back who is still battling back from injury. Turner came in as the defensive midfielder for the final 15 minutes ot so.