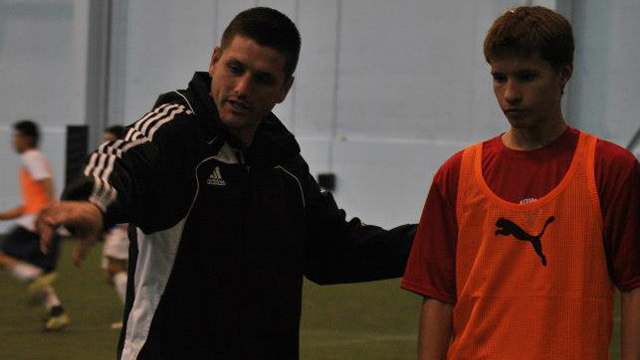 Many of the top players from the Midwest squared off last weekend at the TDS Chicago Combine. In front of the watchful eyes of some of the region’s best college coaches, players from clubs like Vardar, Chicago Magic, Minnesota Thunder Academy, Chicago Fire, Sockers FC, and the New York Red Bulls impressed. 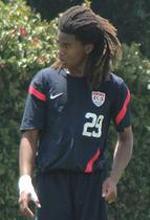 “The Combine was a fun opportunity to test myself against great players and in front of a variety of good college coaches,” Chicago Magic’s Luka Prpa told TopDrawerSoccer.com.

A veteran of both the U14 and U15 Boys National Teams, Prpa listed Stanford, UCLA, and North Carolina as some of his top schools. The #36 player in the IMG 150 for 2016 boys displayed his excellent soccer IQ and technique, and was able to find the back of the net numerous times on the day.

“I thought the Combine was good,” University of Wisconsin – Green Bay(m) assistant coach Logan Hoffman said. “The quality of players that were there really stood out.”

“I really enjoyed the Combine,” Vardar midfielder Hannah Jones said. “It gave me the chance to get some extra touches on the ball and play in front of the coach at one of the top programs I am considering.”

Jones, who was lauded by scouts for her technical ability and reading of the game, is currently ranked #78 in the IMG Academy Top 150 for 2016 girls.

“I thought the Chicago Combine was a good experience,” Elijah Rice said. “It was fun to get out there and compete against the region’s best players.”

Rice, who was just called into the U15 BNT camp in Italy, flashed his finishing capability and creativity in the final third. The 2016 forward is currently the #1 ranked prospect in the Midwest.

Interested in impressing top colleges coaches and the TDS staff? We’ve got you covered. The TDS Combine series is coming to a city near you.

To sign up for a Combine in your city, check the 2013 schedule and get seen.