Pro Prospects: Getting going in Germany 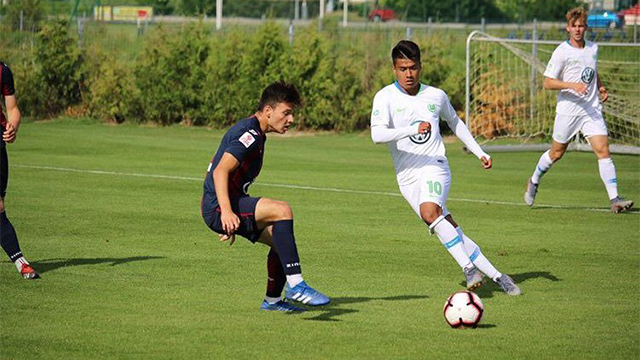 Each week during the European club season, TopDrawerSoccer will track the up-and-coming players competing in academies across Europe.

After spending preseason with the first team, Reyna started for BVB’s Under-19 squad in the opening game of the A-Junioren season. Less than a minute into the game, Reyna scored his first goal in the Black-and-Yellow kit. It was the first of many on the day for his side, which defeated Wuppertaler SV by a score of 9-2. Reyna crafted a pair of goals for teammate Youssoufa Moukoko, who scored six times in the win.

Reyna wasn’t the only U.S. player to score on his competitive debut. U.S. Under-20 winger Ulysses Llanez got off to a flyer as well, scoring a brace for Wolfsburg Under-19s. They secured a 5-1 win over FC St. Pauli. Michael Edwards, now too old for the A-Junioren side, played for Wolfsburg II in a 3-3 draw over the weekend.

Below are the goals and assists for Reyna and Llanez.

Another player making his debut in Germany, Schalke U19 forward Matthew Hoppe played 64 minutes of a 2-1 los s against Borussia Monchengladbach. Fellow U.S. eligible-midfielder Pabllo Soares earned the nod for the Die Fohlen’s youth side. Travian Sousa, also new to a German club, started and played the entire match of an 8-2 win against Chemnitzer FC.

Competing in the Regionalliga, U20 World Cup veteran Brady Scott remains on the hunt for his first team debut at FC Cologne. Scott started and played the full 90 minute of a 2-1 loss for the Under-21 team.

The Under-18 Academy season started in England, and it was a winning start for Matteo Ritaccio, who remains eligible for the age group this season. Ritaccio started in a 7-1 drubbing of Blackburn, though wasn’t involved in any of the goal-scoring.

Former U17 MNT World Cup veteran Indiana Vassilev donned the No. 10 jersey in the Aston Villa U23 midfield, but couldn’t help his side unlock a Middlesbrough team that came away as 1-0 winners.

Pynadath joins up with Under-19s at Ajax

While official competitions have yet to kickoff for either Alex Mendez (Jong Ajax) or Richie Ledezman and Chris Gloster (Jong PSV), the Ajax Under-19 side will still include an American for the 2019-20 season. Joshua Pynadath started in a preseason tuneup against Inter Milan, which the Dutch powerhouse lost 6-5 after leading 5-2 at the half.