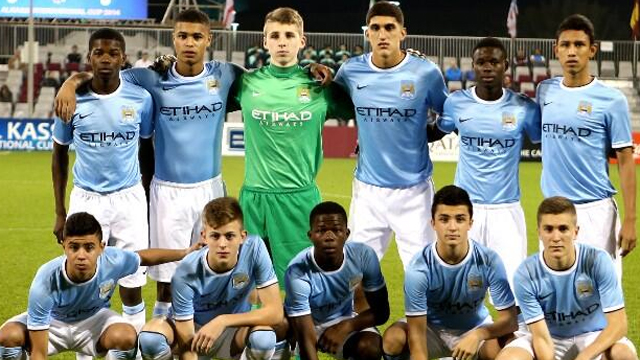 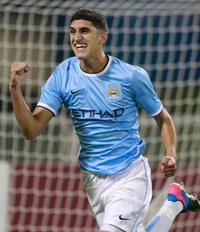 Manchester City has invited U.S. U17 Men’s National Team defender Daniel Barbir to play with the club’s U16 squad at the Al-Kaas youth tournament in Qatar this month. Manchester City kicked off its first game at the event on Wednesday with a 6-1 win against Chicago Fire.

Barbir started for City and scored the first goal on a header off a corner kick. The U.S. youth international is slated to feature as the left center back with the English club – he previously played forward with PDA (New Jersey), but has predominantly taken up the center back role at club and international level over the past year.

City returns to the field on Thursday with a game against Aspire Qatar. Both Aspire and City have already booked a place in the next round, so the only matter to decide will be who advances as group winner.

The Premier League giants have high hopes for the U.S. youth international and have already extended him an offer to join the club on a six-week trial starting on January 26.

Barbir has been a target of numerous top academies in Europe in the past including Fulham, which was rumored to be close to signing him in 2013.

Listed at 6-3 on the U.S. Soccer official website, there are obvious physical qualities to Barbir that appeal to English academies. However, he has had interest from Spain, Portugal, and Italy as well, which speaks to his technical ability to go along with his commanding presence on the field.

The soon-to-be 16-year-old (his birth date is January 31, 1998) is expected to be a key piece with the U.S. U17 MNT during the buildup to the 2015 U17 World Cup. He most recently appeared with the squad during the Nike International Friendlies in December, which the U.S. won following victories over England and Brazil.

Some of the initial interest from foreign scouts in Barbir came following his trip with the id2 National Selection International Tour in 2012. This year’s team, which mainly features players born in 2000, was announced on Wednesday.

This year’s trip is headed to Italy with games against Fiorentina, Juventus, and AC Milan on the schedule. The group leaves on Feb. 27 for Italy.