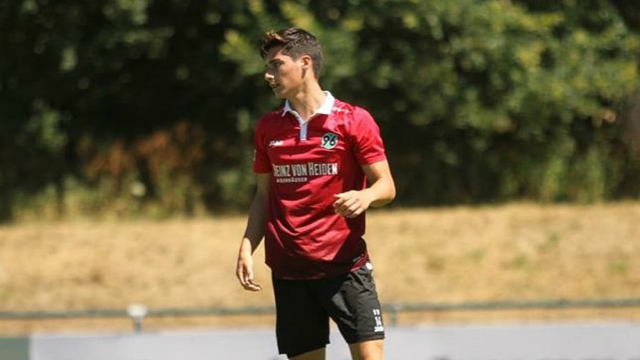 Another U.S. youth national team player is set to try his luck in Germany.

Former Real Salt Lake Academy forward Sebastian Soto signed with Hannover 96 in the Germany Bundesliga, the club announced on Wednesday. Prior to signing his contract, Soto had previously committed to play soccer at California this fall before electing to pursue the professional route.

According to Brian Dunseth, Soto turned down a more lucrative contract offer from Real Salt Lake to head to the Bundesliga side. He'll be a part of the team's Under-19 side for the 2018-19 season, as he started over the weekend in the team's 3-1 loss against Werder Bremen.

Soto, who scored 82 goals in 67 games for Real Salt Lake's Academy over the past two Development Academy seasons, has been in camps with various U.S. youth national teams over the past year. He was a latecomer to the U.S. U17s, earning a call-up but ultimately missing out on a World Cup spot. Since then, he's been in camp with the Under-19s and Under-20s, and could be part of November's World Cup qualifying campaign.

He isn't the only American in the Hannover Academy, as he joins U.S. youth international Chris Gloster in Lower Saxony. Reyna, the son of former U.S. Men's National Team midfielder Claudio, helped guide New York City FC's U18/19 team to the Development Academy title during the 2017-18 club season. He's been a regular forthe U.S. at the Under-15 and Under-17 age groups, and is expected to move to Germany when he turns 16 in November.