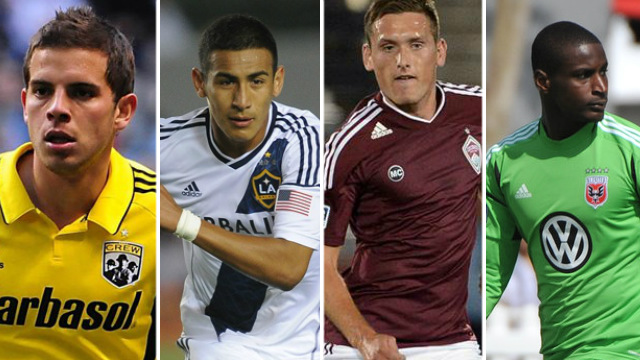 Last week, New York Red Bulls inked Academy defender Matthew Miazga to a professional contract via MLS’ Homegrown initiative. Miazga is the third player the Big Apple club has signed in the past year from its Academy, which shows the growing significance of a youth movement from the league. 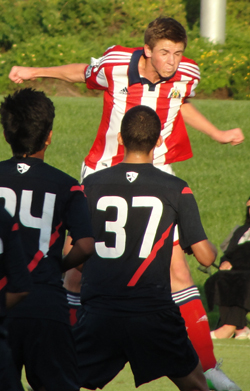 Red Bulls are not the only team with options in the youth club at this point. Below is the first part of a look at the top prospects in every MLS Academy (from the U.S.):

Chicago Fire has a number of players in the collegiate ranks who should matriculate into the first team roster in the coming seasons including a pair of talented midfielders in Chris Ritter (Northwestern) and Bryan Ciesiulka (Marquette). The need to pull a player directly from the youth team is not a necessity, but there are a few who do stand out from the crowd.

Cameron Lindley is the most notable name. The U.S. U17 Men’s National Team midfielder is from Indiana, but plays Academy ball with Fire’s affiliate, Indiana United.

However, Lindley has not featured with Fire this season in any reserve games where some of the local Chicago players have gained valuable experience. UIC commit Joel Leon has started in four games for Fires reserves this season. The center back recently joined the academy after spending much of his club days playing with Raiders FC.

Sometimes in chaos, there is clarity.

Chivas USA’s uncertain future (as a franchise) has many around the club on edge, but there is no club in MLS with a clearer picture for its Academy setup and ranking of prospects.

The front office has had discussions about offering a Homegrown contract to striker Caleb Calvert, but nothing has been put on the table in front of the 16-year-old to this point. His eagerness to sign the professional deal would also depend on some certainty being restored at LA’s other MLS club.

Regardless of the messy situation in the front office, Calvert has proven himself as arguably the top rated prospect across the country. He is currently the only Academy player to score in a Reserve game, which is somewhat insignificant out of context, but he has scored at every level he has played and made it look easy.

Calvert currently leads the nation in goals scored and is sixth in goals per game for the U16 age group of the Development Academy, but he has spent much of the year playing up with the U18s. With a smart soccer brain and ability to finish with either foot, it does not look like the goals will dry up anytime soon for the 2014 UC Santa Barbara recruit.

The striker is not the only one on Chivas USA Academy who has featured with the reserve team this season. Adonis Amaya, Alejandro Sanchez, Brian Kennedy, and Armando Flores have also played for the Goats second team. Amaya registered an assist in his one appearance.

The stable of youth players on the Colorado Rapids roster has slowly increased since Oscar Pareja took over the reigns as the head coach. The Denver club’s prospect for the future is a bit murky as the current 2013 class of graduates includes a few highly regarded future professionals, but all look bound for the collegiate game.

Creighton commit Ricardo Perez has been the closest one to the first team with four appearances in the reserve league this season. The attacking midfielder featured with the Rapids U18 squad last season on its ride to the Development Academy’s Finals Week. The Jays expect Perez to step into a major role right away for the back-to-back College Cup squad, which probably makes Omaha a better place for his development.

Rapids are also high on midfielder Bryan Windsor, who showed well at Nike’s The Chance competition in 2012. Windsor is committed to Princeton where he will contend for Ivy League Freshman of the Year honors. He has appeared in two reserve games this season.

Isaac Martinez and Austin Seifert have also made the jump into reserve league action for the Rapids this season. Academy player Enda O'Neill has also spent some time training with the first team in practice. O'Neill is the younger brother of Shane O'Neill, the Rapids' second Homegrown signing.

The Columbus Crew holds the distinction of the only MLS team not to feature an Academy player with the reserve team yet this season. Ohio State commit Tyler Kidwell and Noah Hutchins have made the bench, but neither made it onto the field.

The lack of playing time for Academy players is not an entirely fair representation of the status of the Crew Academy, as the Ohio club has a number of young players on its professional roster that need the experience in those games.

Also, some of the best players for the Crew reside on the younger teams in the club. U.S. U17 Men’s National Team midfielder Benjamin Swanson is a promising prospect who still has many years before he makes the jump to the top level. The same could be said of U15 Boys National Team defender George Braima, who features as a center midfielder with his club.

There is also the affiliate in Michigan, Crew Soccer Academy Wolves, which boosts a very impressive stable of players including forward Ahinga Selemani who definitely has the makeup of a future pro talent.

There is a growing list of talented players in the D.C. United Academy and a couple more seem to pop up each month. Keeping hold of all these players will be the challenge for the front office moving forward.

Collegiate stars Jalen Robinson and Collin Martin, both currently at Wake Forest, may be difficult to hold onto with the possibility of European opportunities on the horizon. The same can be said for future collegiate standouts Suliaman Dainkeh (Maryland) and Ian Harkes (Wake Forest) who both have bright futures as well.

Beyond that handful, up-and-coming talents like Jorge Calix, Gerson Umana, Trey Vinson, and Jean-Christophe Koffi have the United prospects pool looking stacked for the years to come.

Given the bounty of current Homegrown players on the FC Dallas roster, there is really no pressing need to add any more developing projects to an already crowded squad.

That said, FC Dallas has talent in its youth program and it continues to produce big time players that feature on the club and international stage.

SMU commit Marco Carrizales has been the most consistent contributor to the reserve team with five appearances already this season including two starts. Carrizales is a midfielder with quick wits, which can take a player a long way at any level.

Outside back Kris Reaves is another one to keep an eye on as he has quickly climbed into the picture for the U.S. youth national team as well as FC Dallas. Reaves has started in two of FC Dallas’ last three reserve games. The 2014 graduate is verbally committed to Wake Forest.

Outside defender Christian Gonzalez holds the distinction as the most likely candidate to work his way into a contract with the Dynamo, as he has started nearly every reserve game this season for the Orange squad. Gonzalez is too old for the Development Academy at this point, so the clock is ticking on when/if the club will get him on a professional deal.

Striker Elochukwu Ozumba is another name for Dynamo fans to keep track of in the coming years, as the 16-year-old has really burst into his element this season. Ozumba has one assist to his name in three appearances in the reserve league. He has 20 goals in 26 games with the Dynamo U16 squad at the Development Academy level.

Jose Rodriguez, Irvin Ramirez, and Louis Thomas have also made appearances with the reserve team this season.

The Orange academy also has a growing number of U.S. youth national team players in the ranks especially at the younger age groups. U15 BNT midfielder Christian Lucatero is one to keep an eye for the future.

The arrival of Raul Mendiola to the first team is on hold as details in the contract, but his representation continues to say that a deal will be done.

Until then, he remains an Academy player who features regularly with the reserve side. Fellow Galaxy U18 players Justin Dhillon, Drew Murphy, and Nathan Smith join Mendiola on the reserve team from time to time. The previous trio will be off to college in the fall where all figure to carve out roles with their respective programs in their first seasons.

From the younger ages, U16 leading scorer Steve Martinez, a UCLA commit, is one to watch in the coming year as he has showed glimpses of real quality this season. U.S. U15 BNT striker Haji Wright also has some big fans in the Galaxy front office, but he is still a bit raw and a long way off from the bright lights. Fellow youth national team standout Abraham Romero is another name to keep on the radar, as the Mexican-American has some suitors across the Atlantic.