Recruiting race heats up for U.S. U17 WNT 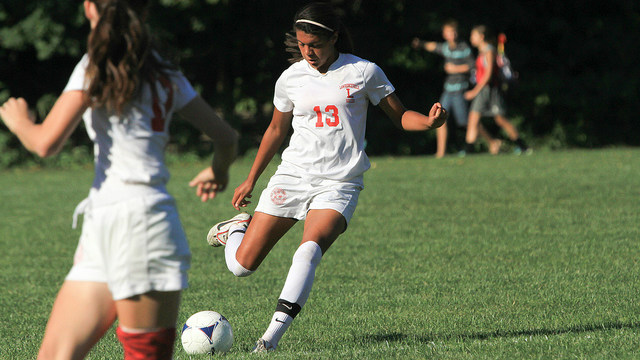 Last month, the U.S. U17 Women’s National Team assembled for its first camp of 2013 in preparation for World Cup qualifying, which is just over a year away.

While the focus of the camp remains on the group getting ready for the challenges ahead, the individual aspirations have a lot to do with the coaches on the opposite sideline from the benches.

With dozens of college coaches flocking to these camps, the U17 WNT amplifies the pressure on these elite girls club soccer players to make an early decision on their college commitment.

Only two players had made a verbal commitment to a college prior to the last camp, but that number has already grown to seven prior to the next camp, which kicks off in Chula Vista this weekend.

With all four of the starting backs already giving their verbal commitments, the question turns to who may be next to join them as top college coaches look to secure the best prospects from the 2015 class.