Roster for the U14 YNT TID East 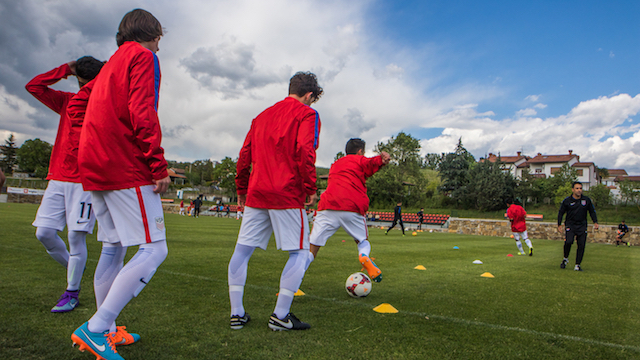 Seventy-eight players will come together in Tinton Falls, N.J. for the U.S. Soccer Youth National Team Under-14 Talent Identification East Region Mini Camp from April 4-8 at the Capelli Sports Complex.

During the camp, 78 players from the East Region will make up teams based on the region’s four defined scouting areas (Northeast, NY/NJ, Atlantic and South Atlantic). U.S. Soccer staff, including Director of TID Tony Lepore and the three boys’ TID Managers, Henry Brauner, Garrett Biller and Cris da Silva, will run the camp, while the four teams will be coached by YNT Network Scouts and Development Academy coaches from the four respective scouting areas. After a day of training, the four teams will play each other in round-robin competition.

In addition to the on-field competition, the mini-camp will focus on off-field education. Players will be introduced to YNT principles of play, position profiles and goal-setting to help them take responsibility for their own development.

Furthermore, the mini-camp will introduce the 78 players to U.S. Soccer’s High Performance department. A sport scientist will be on hand throughout the event, taking Peak Height Velocity (PHV) measurements to help educate players and coaches about the impact of growth and maturation on development. The sport scientist will also educate players about best practices for nutrition and recovery.

The majority of the players called into the East Mini-Camp were identified at last fall’s Development Academy East Regional Showcase and were further evaluated at YNT Identification Centers as part of the scouting process prior to being selected for this camp.