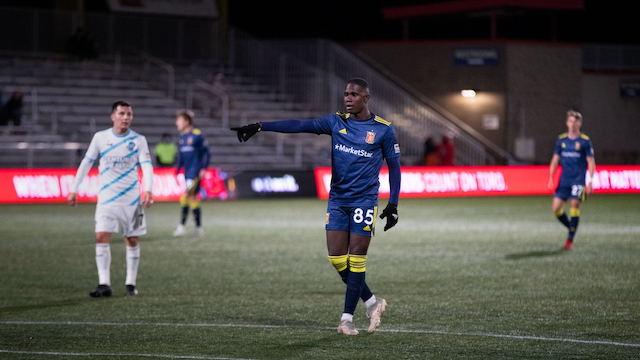 Real Salt Lake completed the week with the fifth Homegrown signing for the club. Fourteen-year-old Axel Kei signed a Homegrown Player contract with Real Salt Lake on Friday. He broke the record of youngest player to sign with the league, previously held by Freddy Adu. Kei signed a two-year contract. The financial terms of the deal were not disclosed. Full details of the signing are below.

Real Salt Lake has announced the signing of forward Axel Kei from the RSL Academy. At 14 years and 15 days, he is the youngest to ever sign with a team in Major League Soccer, surpassing an 18 year record held by Freddy Adu by 153 days. Kei joins RSL on a two-year contract.

“Over the last year Axel has proven to be one of the top attacking prospects in the country. His propensity in front of goal is well beyond his years, and coupled with his elite athleticism, he projects to become a goal-scoring force in our league in the years to come,” Real Salt Lake General Manager Elliot Fall said.

Kei, 14, is accustomed to making history within the Real Salt Lake organization. Last summer he helped lead RSL Academy’s U15 squad to the first-ever MLS Next Cup Championship, scoring five goals in five games, including a hat trick against Southern California’s Total Futbol Academy. The victory marked the first trophy for the RSL Academy since relocating from Mesa, Arizona to Herriman, Utah. At the conclusion of the tournament Kei was awarded the Golden Boot for the most goals scored at the U15 level during the tournament.

Since winning the MLS Next Cup, Kei has continued to develop and thrive within the RSL Academy system, competing primarily with the U17s, where he has scored six goals and six games.

On October 8, 2021 at Zions Bank Stadium Kei captured the attention of the sporting world when he entered as a substitute during a Real Monarchs match. Just 13 years, 8 months and 9 days at the time of the match, he made history as the youngest professional athlete in American team sports history. By comparison, no one younger than 15 has ever appeared in a match with one of Europe's Big-Five Leagues, including the Bundesliga, La Liga, Ligue 1, the Premier League and Serie A.

Prior to joining the RSL Academy Kei spent three years playing for the LA Galaxy’s San Diego Youth Soccer Club. Born in the Ivory Coast, Kei was raised in Brazil where his father played professionally before his family relocated to San Diego, California in 2017.