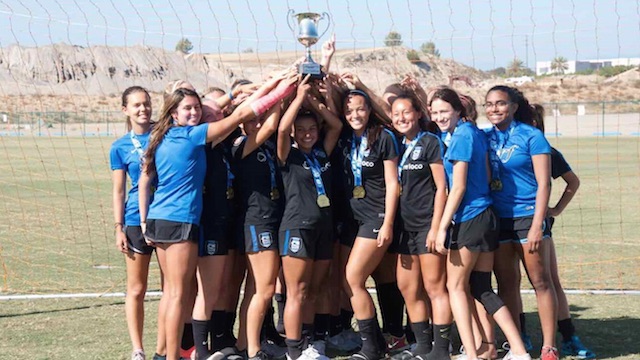 Thanks to a class bristling with high-end Division I talent, the San Diego Surf are the champions of the girls IMG Top 150 class of 2016.

Nobody in the country landed more players in the girls 150 than Surf, which put nine players on the list who signed letters of intent during last week's National Signing Day. Among the 66 clubs nationwide represented in the top 150, nobody came within two recruits of the Surf's total of nine. The Surf finished fourth last year with four and supplanted PDA, which won the inaugural 2015 title with eight. PDA finished back in the pack with four this year.