Comments
If Wake Forest is to make its 16th consecutive NCAA Tournament appearance, it will need contributions from the new girls on the block.

Wake Forest has a tremendous standard of excellence, having reached 15 consecutive NCAA Tournaments. 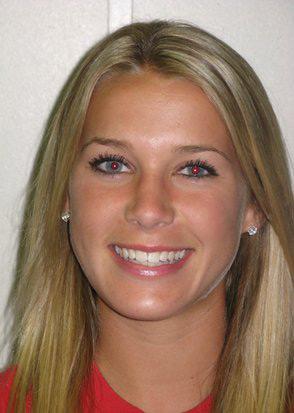 Korynn Blanksma
Washington State
Signings: Korynn Blanksma (Washington Premier), Beau Bremer (Sereno del Sol), Matisse Hemingway (West Coast Futbol), Jocelyn Jeffers (Sereno SC), Mesa Owsley (Real Colorado), Jamie Schnieders (San Diego Surf), Nicole Setterlund (Vancouver Whitecaps), Bethanie Skelton (Neusport FC)
Skinny: The Cougars have added offense in hope of making an assault on the Pac-10 standings. With seven attackers joining the mix for next season, Washington State is hoping to get a bump in goal-scoring. Blanksma is a good start and is the No. 7 ranked player in the Pacific Northwest Region. Skelton is No. 11 in the Rocky Mountains & Southwest Region and is a proven club player who has thrived in the ECNL. Jeffers is a player with U.S. National Team experience who will bring a dynamic attacking threat. She brings great athleticism and has played on the national stage. Setterlund arrives with Canadian National Team experience, having been a part of the U20 Canadian pool. She will play for Canada in the FIFA U17 Women’s World Cup in September.

Texas
Signings: Whitney Jaynes (Dallas Texans), Brooke Gilbert (Seattle United), Julie Arnold (Lonestar SC), Allison Smith (Lonestar SC), Allie Russo (Albion Hurricanes FC), Clarissa Wedemeyer (Dallas Texans)
Skinny: The Longhorns struck big with local prospect Jaynes, our No. 32 ranked Top 100 player. She’s a tremendous outside back who has all the skills and a lot of U.S. National Team experience. Strong, compact and powerful, Jaynes will contribute to the Longhorns’ strong program immediately. Gilbert, No. 6 in our Pacific Northwest Region, is also a player who has taken part in the U.S. Soccer program. Gilbert excels as a central midfielder for her club team but plays center back for the U.S. She’s expected to be a solid contributor wherever she ends up playing for the Longhorns. Arnold is another Texan defender. No. 13 in the Texas Region, she’s rock solid in the back but could also see time as a midfielder.

Illinois
Signings: Megan Green (Chicago Fire Juniors), Cat Meyer (Dallas Texans), Katherine Reed (Carmel United), Lizzi Sanscrainte (ELA Elite), Aliina Weykamp (Michigan Hawks)
Skinny: It’s a versatile group of ladies who may end up filling in at different spots. Green, for example, is a sound player who can connect well with teammates – whether out of the back or the midfield. Weykamp is also capable of attacking or defending, coach Janet Rayfield is hoping she can help fill the void left by graduating players Danielle Kot, Kristen Miller, Laura Knutson.

Sanscrainte is a goalkeeper known for her work ethic and intensity.
Related: Players To Watch,
Headlines
Club Rankings HQ
View all rankings >>