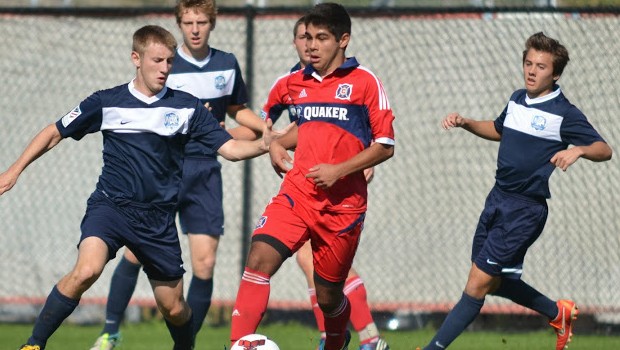 The Homegrown initiative was introduced in 2008 as a mechanism for MLS clubs to sign players that spent time in the club’s youth system.

The midfielder is smooth on the ball and technically sound. He has refined his skills in the Chicago Fire Academy, which he joined when he was 13 years old. His younger brother Jake, 16, is also a budding prospect at the club.

The older Fernandez has featured with the U.S. youth national team at the U14, U15, U17, and U18 level. His most recent appearance came in June during the U18 MNT trip to Portugal. Fernandez scored the only goal for the U.S. during the four games in Europe, which came in a 1-1 draw against Benfica U19.

Fernandez is the fifth Homegrown player in Fire history. He joins Chris Ritter, Harrison Shipp, and Victor Pineda on the current roster. Former Homegrown signee Kellen Gulley is now playing with the Atlanta Silverbacks after being waived prior to the 2014 season.