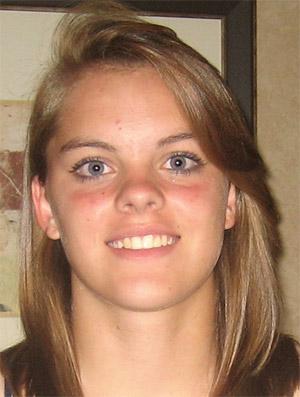 Rachel Ames wouldn’t mind moonlighting as a striker every now and again. She said so herself. It’s a unique suggestion only because her full-time position is goalkeeper, and she’s a darn good one too.

She’s our top-ranked 2012 player in the South Region and one of the most fierce netminders in the country. So you see, it’s not likely that Birmingham United SA will be moving their star player from the very back to the very front anytime soon.

Not that Ames still doesn’t think about it.

“I’d like to do it, if ever given the chance,” Ames said. “But one of my motivations (as a keeper) is not letting my team down and keeping a clean shot. No matter how much I scream at my team or critique them, I always support them, have faith in them and trust them to get the job done.”