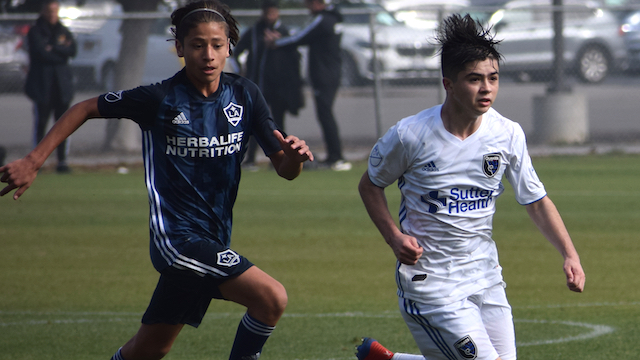 CARSON, California - The MLS Generation adidas Cup qualifying wrapped up on Monday in the U17 and U15 age groups. Colorado, Houston, Chicago, LA Galaxy, Real Salt Lake, New York Red Bulls, NYCFC, and Toronto FC were the eight teams in the U17 age group to qualify for Division 1 at the Generation adidas Finals after finishing either first or second in their respective groups during qualifying.

FC Dallas, Chicago Fire, New York Red Bulls, and NYCFC were the four teams in the U15 age group to win their respective groups and qualify for the International Challenge.

TopDrawerSoccer was on hand for the games in Southern California on Monday. Check out the standouts from the action.