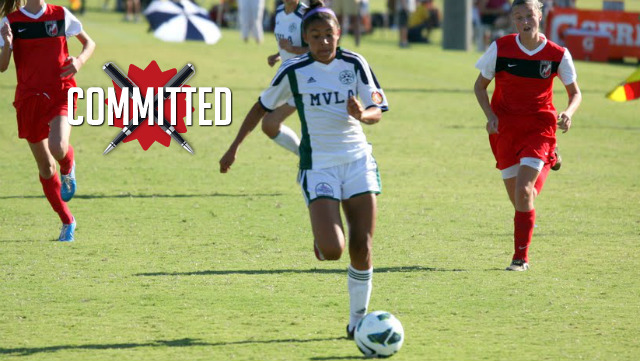 Stanford head coach Paul Ratcliffe landed the second best 2013 recruiting class in the country, and two years from now, looks to have the pipeline working well, with the verbal commitment of two players called into an upcoming U17 WNT camp next week.

Even though she is only a sophomore in high school, Tegan McGrady’s soccer career could already be qualified as a wild success.

McGrady is a starter for the U.S. U17 Women’s National Team at outside back. She is the leading scorer on her high school team, which advanced to the finals of the Central Coast Section (CCS) playoffs last week, and the second lead scorer on her club team, which sits in first place in the Northwest Conference of the ECNL’s U16 age group.

Yet, McGrady’s recent fame has come from her success for all the wrong reasons.

California Interscholastic Federation (CIF), the governing body of high school sports, suspended McGrady for four games because she appeared with the U17 Women’s National Team in two friendlies against Germany during the high school season.

Santa Teresa, McGrady’s school, continues on in her absence. The No. 1 seed in CCS Division I made it to the finals of CCS even though its leading scorer could not play in the postseason. 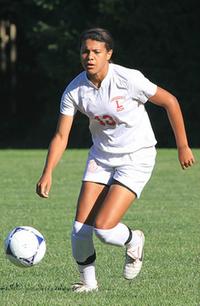 However, every cloud has a silver lining. And while McGrady is likely missing out on her final chance to play with her sister Kaylie, who is a senior, in high school, her youth national team career continues to soar.

With the success at that level comes the attention of nearly every college, which made it easy for McGrady to commit to her dream school Stanford early in the process.

“Everything about Stanford made me decide that it was the right place for me,” McGrady told TopDrawerSoccer.com. “Stanford is the Disneyland of colleges. Stanford is the perfect place for me, all the way from the beautiful, architectural layout of the campus to the amazing athletic facilities, great teaching environments, fun and friendly dorms and you can’t forget one of the best women’s soccer programs in the nation.”

Stanford head coach Paul Ratcliffe has been a constant presence at youth national team camps over the past year, and his work has already paid off.

Along with McGrady, U17 WNT center back Alana Cook also committed to Stanford.

“Coach Paul Ratcliffe, with his calm demeanor, made it easy for me to talk to him as if he were my coach already. When I went on a couple of unofficial visits, the team made me feel as if I were already part of their family. Having grown-up in the Bay Area, I knew that I couldn’t receive a better education than at Stanford so as I walked around the campus I envisioned myself with a backpack on, walking to my classes and to soccer practice.”

It is still going to be a few years before those dreams become reality, but McGrady had no hesitant about giving her verbal commitment to Stanford early on in her high school career.

“For me there wasn’t really any hesitation about committing to a school early, especially Stanford, it has been my dream school since I was nine years old. Committing early has made a clear path for me. I know exactly what is expected of me to get into Stanford on the field and in the classroom.”

McGrady also considered UCLA and Santa Clara, but neither could sway her from her dream school.

While McGrady features as a left back in defense, likely to join her on the Cardinal back line one day is center back Alana Cook, a tough and tenacious defender.

The Match Fit Chelsea standout and New Jersey native thrives when sitting back and seeing the field in front of her, and along with her communication and organization skills, is a technically savvy player who is calm on the ball and helps her team possess it from the back.

Her decision to commit to the Cardinal was a long time coming.

“I have always loved Stanford,” Cook told TopDrawerSoccer.com. “From my earliest NJ ODP days, I've told my coaches that I wanted to attend Stanford. The academics, coaching staff, athletic programs and campus facilities are all top notch. After visiting the campus and speaking with both students and coaches, it cemented my decision – I knew Stanford was the perfect fit for me.”

Even though she carried such an emphatic desire into her first visit of the West Coast institution, the coaching staff at Stanford weren’t about to leave anything to chance when it came to selling their soccer program.

“Coach Ratcliffe and his staff were very welcoming and made me feel at home,” she said. “Not only have they have built Stanford women's soccer into a Pac-12 and national powerhouse, they are committed to developing their players into great students and great individuals.

“Throughout my visit, I was impressed with players doing individual off-season workouts. It was apparent that the players work hard and demand much of themselves. The world-class quality of the practice fields, training facilities and newly renovated locker rooms showed that the university was equally demanding of itself in support of the players.”