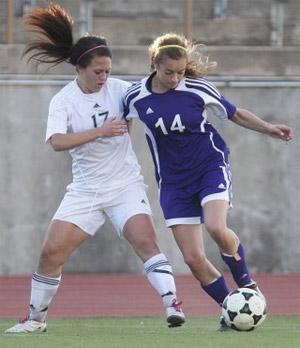 Paige Strahan (left)
Skinny: These are great additions for the Red Raiders. Hinkle is a U.S. U17 WNT standout who brings a tenacity to defending. She has the highest caliber of technical ability and can use it to build the attack. Hinkle is a star in the making. Midfielder Inman is also a tremendous athlete and talent who has been called into national camp in the past. She’s also a leader and will likely be a strong contributor in the coming years.

Narvaiz is another instant impact starlet who ranks No. 52 in our Top 100 ranking. A defender, she’s a relentless worker with good feet and a good soccer brain.

Skinny: The Wildcats are looking for a turnaround. Cassell, could be a part of a group that sparks one. She’s a goalkeeper who has been in the U.S. National Team program and is No. 5 in the Rocky Mountains & Southwest Region. Waddle is a serious talent in the midfield and is ranked No. 89 on our Top 100 List. She’s joined by Eclipse Select teammate Sebo along with strikers Borsellino, Landgrebe and Schrakamp.

On the defensive side, Barr will bring athleticism and versatility. 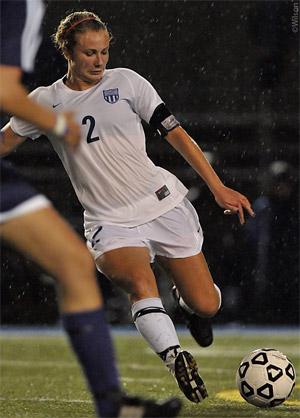 Skinny: In May, the Waves added three players to an already robust recruiting class: Cervantes, Holtz and Santroch. After finishing in the middle of the pack a year ago, Pepperdine will bring on a solid core of defenders in Assumma, Lariviere, McKee and Pedrazza who has national championship experience with the De Anza Force. The attackers include Williams, LeCave and Hilliard.

Skinny: Ole Miss is hoping this small but quality class can help it elevate its standing in the SEC. McCormick is a goalkeeper who arrives from the So Cal Blues, one of the top clubs in California. In addition to winning experience, McCormick also brings a great athletic background and is a multiple sport competitor. Clawson, McBrayer and Anderson are all attackers who are capable of stepping in to contribute. The Rebels will also add a few transfers that could be difference makers.