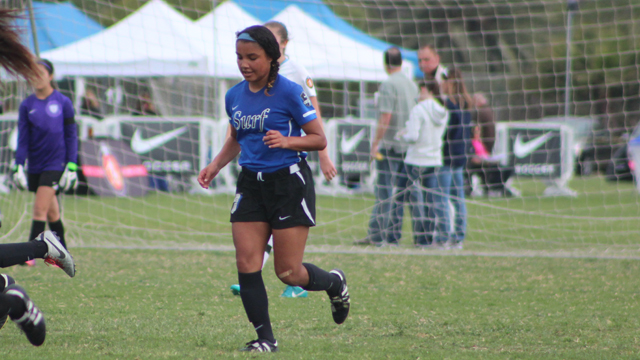 The Elite Clubs National League wrapped up its fourth National Event of the season on Sunday at the San Diego Polo Fields, which means it’s time to assess the individual performances from the games.

TopDrawerSoccer.com was there for all three days. Here are the top ten players (plus some others considered) from the games we saw at the event:

Ana Gil, San Diego Surf U14 – Composure on the ball is an asset that many players lack especially at the youngest ages of club soccer. However, Gil is a rare exception. She holds down the #6 role for the Surf squad, which puts her in a position to control the pace of the game and distribute the ball to a plethora of dynamic attacking talent around her.