The beginning of a marathon for U.S U20 WNT Last week, the U.S. U20 Women’s National Team came together at the U.S. Olympic Training Center in Chula Vista, California, for its first training camp of the 2011 calendar year.

Only 11 of the 24-players came from college rosters, with the majority of the squad taken from club soccer ranks.

Youth National Team veterans Morgan Brian, Abby Dahlkemper, and Taylor Smith were some of high school players that were called up.

“I’m honored to be in the U20 pool and it means so much me,” said Smith, of Solar SC in Dallas. “It really motivates me to keep working hard and makes me want to get better.” 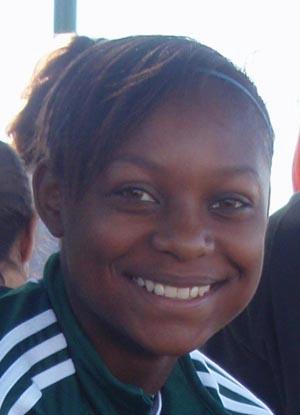 Taylor Smith
The weeklong training camp involved several short intra-squad scrimmages, with a final scrimmage against the University of San Diego that ended with a 5-0 margin in favor of the U.S.

Playing and training for a several days alongside older players is something these girls cherished.

“Playing with college players is fun. Since they play at such a high level you have to amp up your game,” Smith said. “But what I love about this team is that everyone is understanding in that everyone makes mistakes.”

“My experience was amazing and I think I performed well for my first U20 camp,” she said. “It was definitely challenging training with college players but I think it only helps me in my development.”

For all the players, being called up to U20 WNT camp is an indication of being in the loop for the final squad that will compete at the 2012 U20 Women’s CONCACAF Championships and potentially the 2012 U20 FIFA Women’s World Cup.

Forward Arin Gilliland, who is an early enrollee at Kentucky, understands the privilege of being in consideration for those squads.

“Knowing that you are on the radar and actually have the chance to take part of something so special, as those events, is life changing,” she said. “The opportunity is pretty much given to you, but that is determined by how hard you are going to work to get here.”

But Morgan Brian, a player with Ponte Vedra Storm who has committed to Virginia, summarized the biggest lesson given by U.S. U20 Head Coach April Heinrichs, which all the girls we spoke to agree on.

The current U20 World Cup cycle culminates next year, so this year’s training camps will be used by Heinrichs to evaluate the player pool and shape a squad.

“April has been stressing to all of us that this process is a marathon,” she says. “It’s not where we are now, but where we end up come time for the U20 CONCCACAF Championships.”