The best TopDrawerSoccer stories of 2015 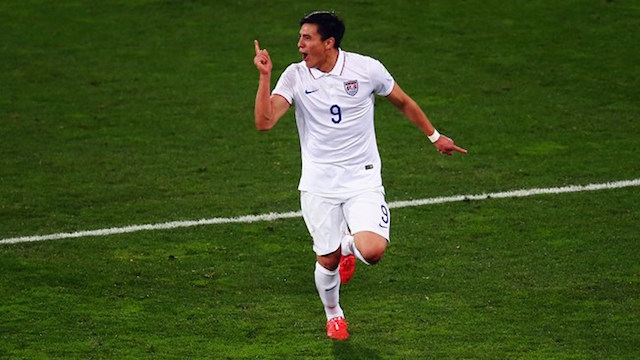 The year in soccer the past year was a wild one. We had two youth national team World Cups, another year in the Development Academy and ECNL, an MLS season that witnessed the greatest rookie campaign in history, MLS rule changes galore, a year to forget for Jurgen Klinsmann and so much more.

The year was a big one for TopDrawerSoccer.com too, as we buddied up with each of these stories in an attempt to bring them to you in an interesting, readable and analytical package.

With that in mind, here are a handful of the best stories of 2015 that we thought deserved a place in the sun. Here’s a look back at the things that caught our attention in the last year.

If we’re going to start with the positives, the U20s were probably the top of the heap in 2015. After being saddled with the Group of Perpetual Loathing in 2013 alongside, among others, eventual champion France, the U.S. was coddled by comparison in New Zealand. The U.S. duly registered wins against Myanmar and the hosts before being smashed by Ukraine, but the qualification job had been done.

The U.S. went on to shock Colombia on a direct goal from Rubio Rubin and a concerted defensive effort, which earned the U.S. a 1-0 win despite being down a man in the final minutes. The U.S. breakthrough in the knockouts was a huge boost for coach Tab Ramos’ crew, which was narrowly defeated by eventual champ (again) Serbia in penalties in the quarters.

The YNT system has taken some jabs this calendar year, which makes the U20 success all the more important when framing the discussion. Sure, the team didn’t exactly play enjoyable soccer for much of the tournament, but it did the job and won a knockout match, which is more than most U.S. teams have done here. Maybe even more important was the emergence of Matt Miazga, who used this tourney to catapult into the senior team discussion, where he soon earned a cap. All in all, a successful venture.

How the U17 MNT faltered at the doorstep

As high as hopes were for the U20s at the World Cup, the U17 MNT probably had them beat. Over the course of its two-year cycle, this U17 team had proven it can play with some of the world’s best, and there was enough talent to make the expectation a decent run in the knockouts. When gifted with a group that was not the most difficult in the competition, at least getting out of the group was eminently expectable.

Things went off the rails fast. The U.S. was smashed by defending champion Nigeria in the opener, lost a 2-0 lead in a half to tie Croatia and was soundly beaten by host Chile in the finale. The U.S. finished at the bottom of the group, took only one point from its three games and looked pretty poor in most every phase over the course of the tournament. Richie Williams did not escape with his job, although that was probably in the cards anyway considering this was his second cycle.

The U17 MNT got worse over the final year-plus of Williams’ tenure, which should have triggered some measure of soul-searching from the fed. Instead, they hired an old face in John Hackworth. In any case, the U17 MNT faltering in Chile in 2015 should provide a cautionary tale for the next cycle of players that starting strong means nothing if you don’t finish the same way.

Some years, the Gatorade National Player of the Year award is a token gesture handed out to players who have been dominant on the high school level but have few prospects beyond a quality college career laying before them in the future.

This was not one of those years.

Just months before he was to become the nation's top freshman college player and a Homegrown target for NYCFC, Jack Harrison was earning the Gatorade POY award for a youth career in the U.S. that defied all expectation. Meanwhile, on the girls side, Mallory Pugh earned the honor in what might have been the easiest choice in the award's history. Pugh has been a top prospect on just about every level for years now, and her journey to the top in 2015 had few equals.

What Gatorade does for an encore in 2016 is up for grabs, but there's little doubting the 2015 class was arguably the best of all time.

As much as the U.S. is still formulating its ultimate battle plans for the youth national team setup, things were that much more out of whack in the late 70’s and early 80’s. That’s when U.S. Soccer cranked up the U17 and U20 MNTs for the first time, throwing them into the furnace of international competition with little more than a few training camps and some t-shirts posing as jerseys.

Things didn’t go particularly well at first, but the U.S. took to youth World Cups with startling speed, and soon enough those youth teams from the early 80’s were laying the foundation for what would soon become the great awakening of American soccer in time for the 1990 World Cup.

All that started here, with a few plucky coaches, a handful of wide-eyed players and a load of American grit.

The USWNT brings home the hardware

For the first time in 16 years, the USWNT tasted Women’s World Cup glory again in 2015.

It took a Herculean effort and a mid-tournament tactics switch from coach Jill Ellis, but the USWNT overcame its early struggles to hoist its first World Cup trophy since Brandi Chastain in the 1999 squad won the whole enchilada in the Rose Bowl. This time it was Vancouver, and it was a sight to behold as Carli Lloyd took over and dragged the U.S. across the finish line in Abby Wambach’s last go-round.

What did we learn from the tournament? How does this team look in the next cycle? All questions set up by a triumph on the biggest stage.

As college soccer continues to shed the shackles of dynastic power that had guided its ways for decades, more and more teams are winning their first ever national titles. It so happens two teams accomplished that feat this year just a week apart.

For both teams, the future looks particularly bright. Both the Nittany Lions and the Cardinal have recruited incredibly well over the last couple years, and both rosters are stocked with enough young talent to replace whatever leaves in the offseason. For Stanford, that will most likely include Morris, the junior phenom who’s courting interest from MLS and maybe some overseas clubs as well. From that vantage, Penn State might have an easier time repeating.

Still, 2015 provided us further proof that the gates to glory in college soccer are growing wider by the year.

Among our other coverage assignments in 2015, one of the more intriguing involved the US Youth Soccer National Championships in Tulsa this summer. While not the biggest youth tournament on the calendar in terms of reputation, it’s still home to thousands of players who aren’t necessarily playing and being identified in the more heavily scouted Development Academy.

The one thing that stood out to us above the rest? How few scouts were in attendance, and how many players who aren’t in the DA are falling through the cracks.

Scouting in the U.S. is a difficult beast to pin down, what with the massive amounts of ground to cover and the thousands of club teams and the lack of top-down money to send full-time scouts to scour the country for top players. So we do as best we can, muddling through tournaments bereft of talent scouts in an attempt to catch as many as possible before they slip through our fingers forever. This past year witnessed a more concerted effort to catch more and more players in the net, but there is still work to be done.